You are here Travels with Nessie Exploring NCTodd, NC 2013 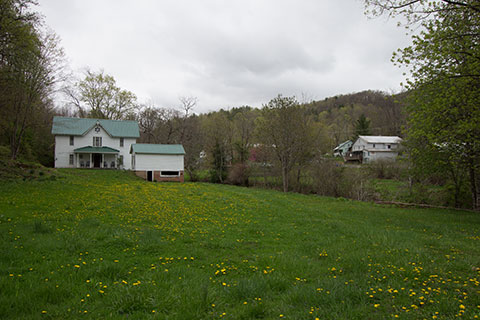 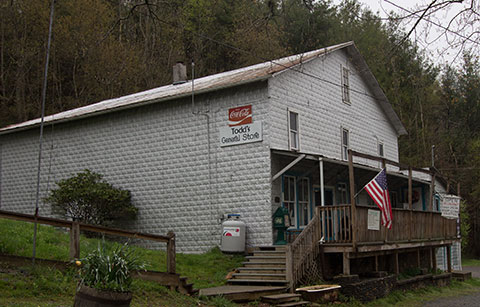 Todd, NC, is a small place on NC Highway 194, about 20 minutes from Boone. The timber boom in the early 1900s made Todd one of, it not the largest, town in Western North Carolina. It was served by a branch of the Carolina-Virginia Railway, called the Virginia Creeper. It had a bank, doctors, churches, several businesses, and everything else needed for a prosperous community.

By the mid 1930s the timber was gone, the depression was in full swing, and the railroad was losing money on the route to Todd. The rails to Todd were removed and the bank was liquidated. This pretty much ended economic activity and the town mostly went to sleep. The New River flooded in 1940 washing away most of the buildings that were left in Todd. The town became a virtual ghost town.

For more information about the history of Todd, visit Todd, NC. 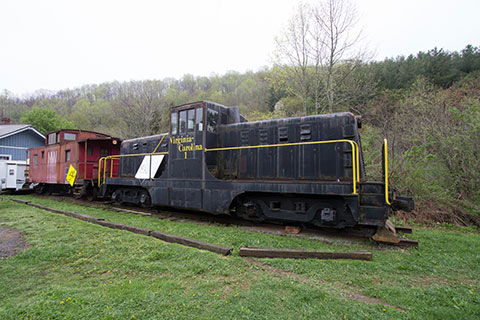 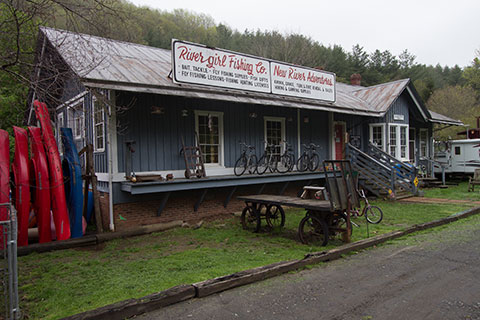 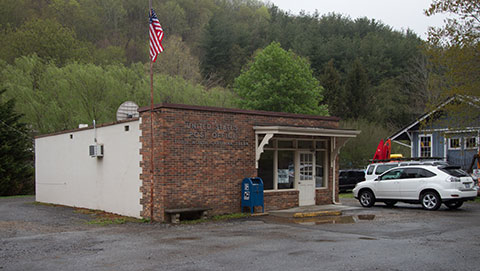 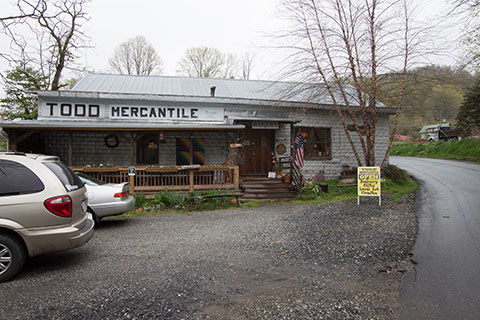 When we visited Todd in May of 2013, we found an interesting place. There were a few business and the postoffice open and some nice people to talk visit with. The businesses were the Todd General Store, the Todd Mercantile, and River Girl Fishing/New River Adventures , and a post office. The Todd Hotel, now a private home, was still standing.

It appears that Todd has become a destination for people visiting Western North Carolina. We saw a number of kayaks being picked up off the New River. The New River is gentle near Todd and is supposed to provide good fishing.

The Todd General Store and the Todd Mercantile are worth visiting. We had some great baked goods at the Mercantile and a great lemon cake at the general store.

The drive to Todd is very pretty.The countryside is made of of narrow valleys and hills. There are several small pretty farms.

Highway 194 from Boone is an easy road. If you come in from some other town, the highway has lots of curves. 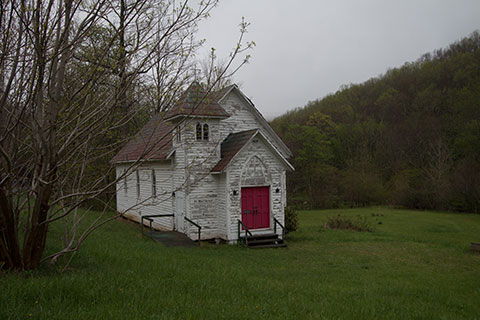 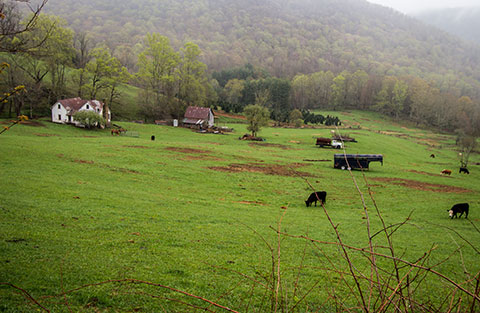