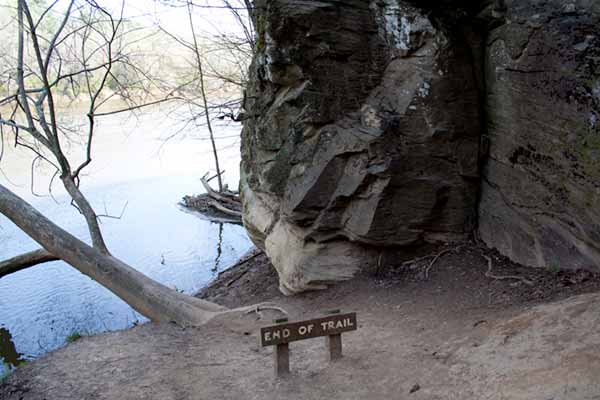 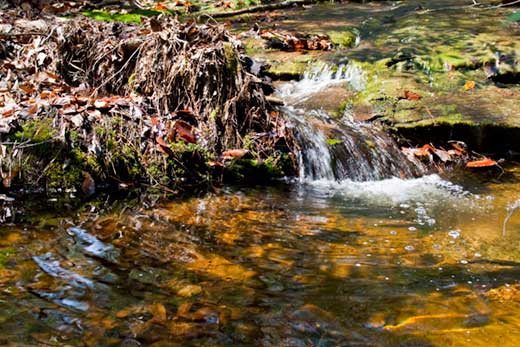 Raven Rock State Park is near Lillington, NC and is fairly close to us. We visited there during a nice Saturday in February 2008. The park is on the Cape Fear River. 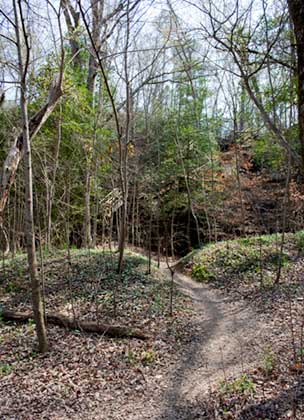 When we were there, the area of still suffering from the extended draught of 2007 and water levels in the river and the small streams in the park were quite low. Even with normal stream flows, there are no waterfalls in the park, but the streams do have interesting small rapids and cascades.

We hiked the trails in the park and enjoyed the peace and quiet. There are good views of the river. The Raven Rock Trail travels ends at Raven Rock at the bottom of the steep bluffs overlooking the river.

Much of the rock on the bluff is covered with moss. I suspect that there are several small waterfalls after a good rain. 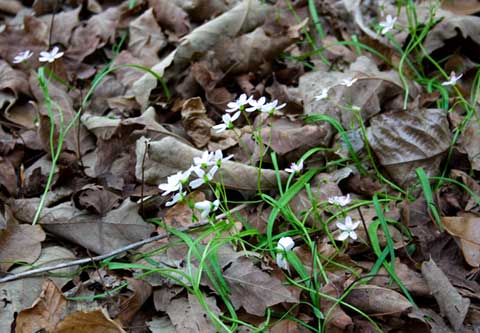 There were a few wildflowers in bloom-sticking up between the fallen leaves. Later in the year there are numerous wildflowers. Perhaps we can visit again in 2010 or so. 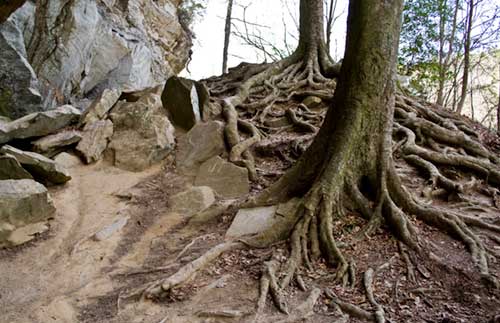 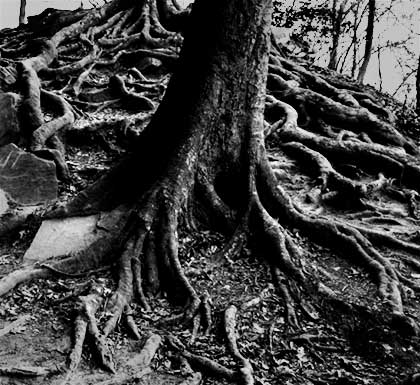 The Cape Fear River canoe trail runs through the park and there is a canoe camping area in the park. Because there are rapids on the Cape Fear, this is not the type of paddling that Nessie and we are up to.