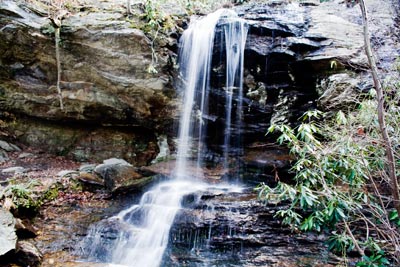 We visited Hanging Rock State Park in late March 2007. Even then the effects of the coming 2007 drought were evident. The waterfalls were nearly empty. Since this was late winter or early spring, the falls should have had significantly more water in them. We hope to get back at some later time when the stream flows are higher. We finally made in it in January 2010. 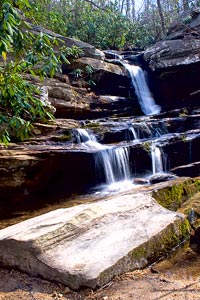 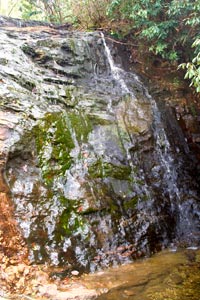 Even though the waterfalls were not as full as expected, the trip to the park was well worth it. The hiking trail to the various waterfalls is easy-at least on the way down. Although the climb back up was harder than the climb down. But at least it wasn't uphill both ways. 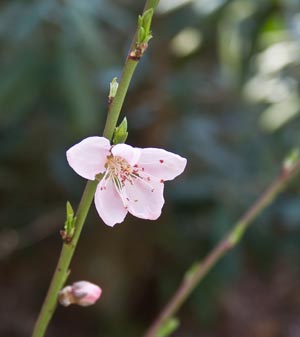 For information on how to get there and what else to do visit the NC Parks official site. The photo on the site shows what the falls should look like. 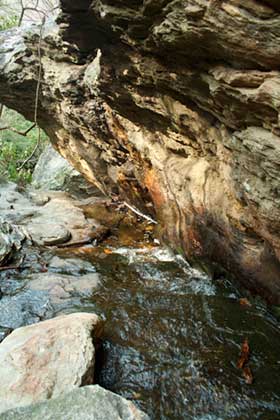 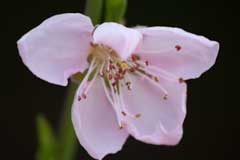 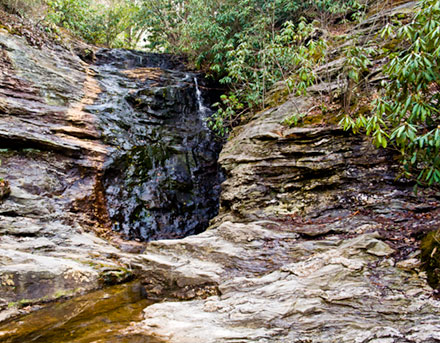