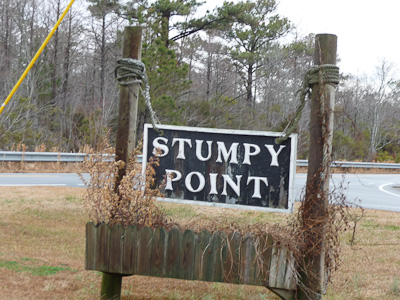 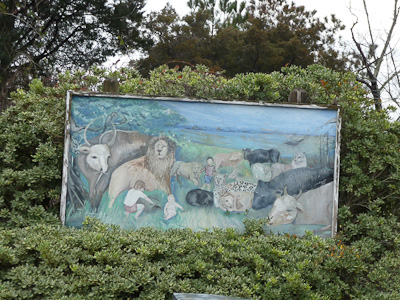 Painting welcoming you to Stumpy Point

We had a chance to visit Eastern North Carolina in January, 2012 to check on the birds and revisit some of the places we visited in previous trips. As we were driving along Hwy 264 we noticed a new sign for Stumpy Point and a painting near it. We decided to visit Stumpy Point to see how thing had changed since our visit in January 2008.

At first it looked like a few new houses had been built. Then we noticed that most of the houses had blue tarps protecting them. This was the first real evidence we saw of the damage that Hurricane Irene caused in 2011.

When we got to the waterfront, we noticed more damage. Fishing boats appeared to have suffered serious damage. Most of the boats were at least partially submerged. Some of the boats that were partially damaged in 2008, were now severely damaged. It'll take quite awhile for the area to recover from the damage. 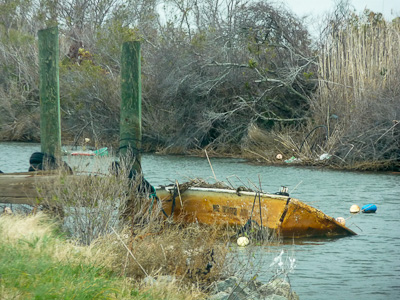 One of the partially sunk boats at Stumpy Point, North Carolina, 2012 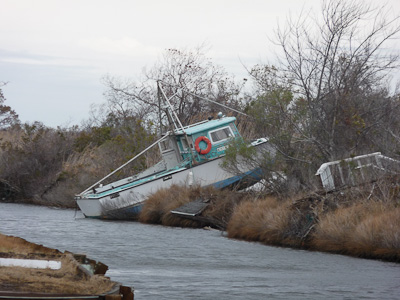 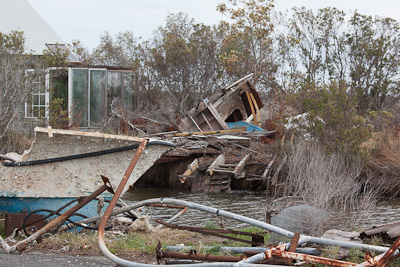 We were glad to see that the Shiloh United Methodist Church was still standing. This is a very pretty church. The photo is from our 2008 visit. 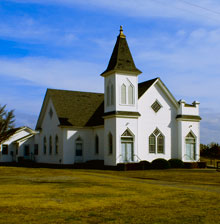 Things had changed quite a bit from our visit in 2012. All the boats, except one, had been removed from the area. Most of the crab pots were gone. It looked like most, if not all, of the homes that were damaged in 2012 had been repaired. And there were numerous for sale signs up. Something that we had not seen in any of our previous visits.

We were too early for the 29th annual Stumpy Point Oyster Feast. Maybe I'll be lucky next year and have better timing. 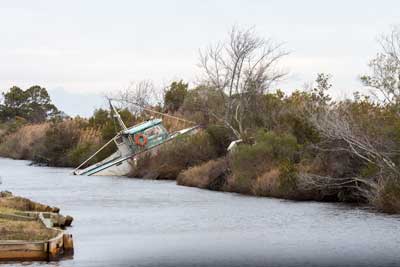 We visite in February 2016 and found lots of homes for sale and no boats in the water.