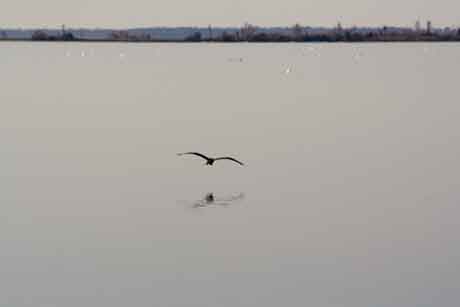 Lake mattamuskeet is the largest natural lake in North Carolina. There have been many attempts to drain it for farming but they were abandoned and now the lake is a large wild life refuge. It is closed to paddling during the winter, when the migrating bird population is highest.

We try to get to the lake at least once each winter because the bird population is so high. The highlight is the Tundra Swans. They turn large parts of the lake white. However, in January 2008 we found that the overall bird population was insignificant compared to what we had seen in the past. The first sign that the bird population, or at least the swan population, was low was the quiet we noticed when we got out of the car and walked towards the lake. In 2007 the noise from the swan was terrific. In 2008 there was only silence. There were a few swans and other birds but nowhere close to what we expected. Several of the people we talked to thought that the reason for the low bird count was that the winter up north was too mild and the birds simply stayed home. I'm not sure if this is true or not. 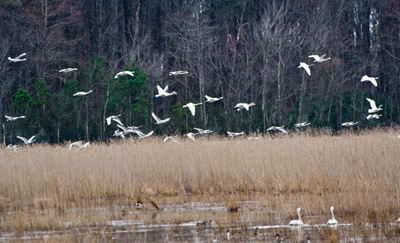 This photo taken in February 2007 gives you a slight idea of the bird population that we expected in 2008. In 2008 we saw only a few isolated tundra swans--nothing like the flocks that you see in this photo form 2007. The few swans we saw were too far away to photograph. The largest population of Tundra swans that we saw on this trip was at the Pea Island Wildlife Refuge. And there was only a handful of birds there. An account of our trip to Mattamuskeet in 2007. 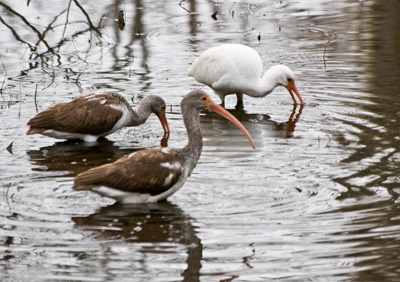 The lake also appeared to be suffering from the drought North Carolina experienced in 2007 and at least part of 2008. Much of the area that was under water when we visited in February 2007 was mud flats in 2008. Perhaps the low water also played a part in the lack of birds. 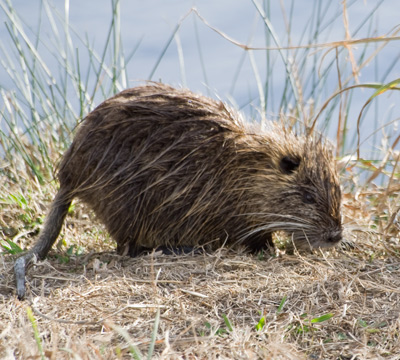 There were a lot of nutria, a rat like creature, in the canals around the lake. Nutria are an invasive species imported from South America in a get rich scheme. The idea was to raise the little beasts and sell the fur. Turned out that the fur wasn't worth having, so people turned the creatures loose. Now they're taking over. There are proposals to try to control them in Lake Mattamuskeet. We saw a few nutrias in 2007 but no where near the numbers we saw in 2008. 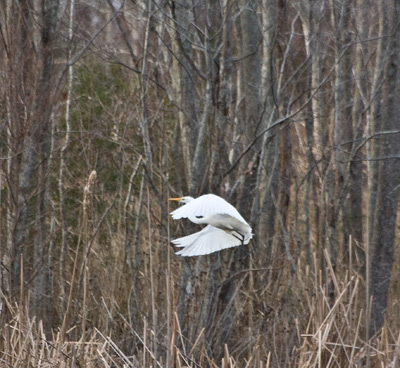 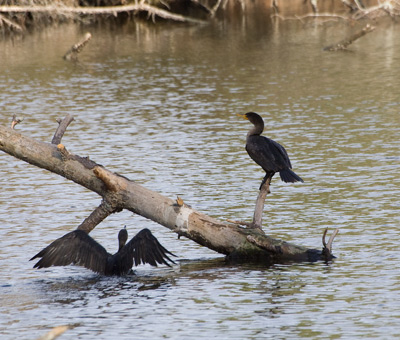 Other bird at Lake Mattamuskeet 2008

Probably because the swan population was so low, we did notice several different kinds of birds that we overlooked in past trips. Ibis, herons, and egrets were there to be seen and photographed. We enjoyed the trip even wihout the tundra swans. These photos provide a sampling of what was there. The fact that we saw numerous species of birds in 2008 that we had not seen in 2007 or other trips was striking. In some ways the bird population was more like what we normally see in Florida when we visit family there. You can find more photos at the Photo Gallery.