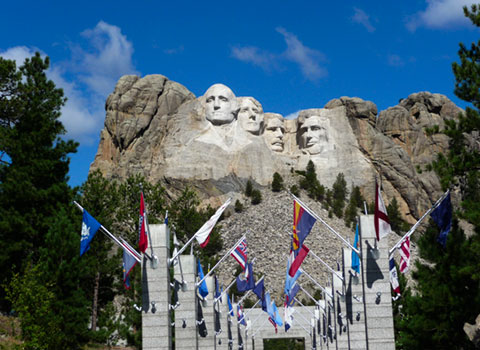 Mount Rushmore is one of those places that should be visited at least once. It is a place that honors some of our greatest presidents--George Washington, Thomas Jefferson, Abraham Lincoln, and Theodore Roosevelt.

Gutzon Borglum, the man who carved the memorial, stated that The purpose of the memorial is to communicate the founding, expansion, preservation, and unification of the United States with colossal statues of Washington, Jefferson, Lincoln, and Theodore Roosevelt. 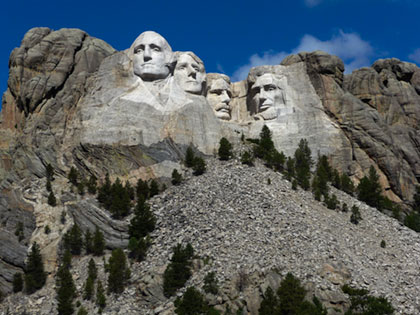 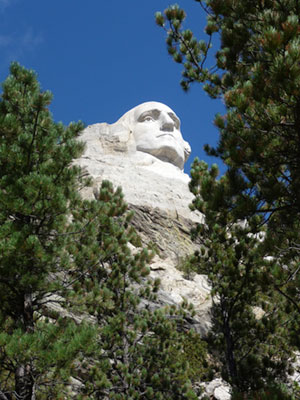 Because of the placement of the figures, Washington is the dominant figure at Mount Rushmore. He stands out at almost all the views of the memorial--even the close up views.

Lincoln is the second most dominant figure. Lincoln is at other end of the memorial from Washington and a little bit further back than the other figures and is looking towards Washington. This placement calls special attention to him. It's interesting the way the heads are laid out.

Where the heads are was determined in large part by the nature of the rock cliff. Jefferson was originally planned to be on the other side of Washington, but the rock was unsuitable. So Jefferson was placed to Washington's left. 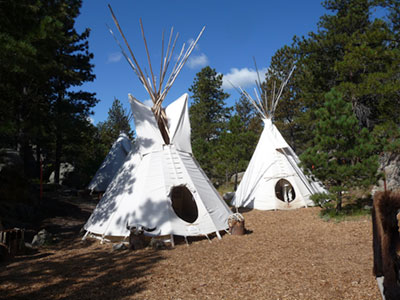 There was an exhibit of Lakota Sioux Indian life at Mount Rushmore during our visit. There were a couple of teepees, a headdress and other exhibits. Plus a guide to answer questions. It was quite interesting. The National Park Service is making trying to increase the information about Native Americans at Mount Rushmore. 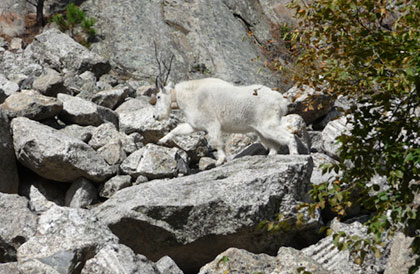 There is a small herd of mountain goats at Mount Rushmore. The goats are not native to the region.They are descended from goats which were a gift from Canada to Custer State Park in 1924 but later escaped. They can be found at various spots around the memorial They do not appear to be wild at all. However, you should not attempt to feed or bother them. Just take their pictures.