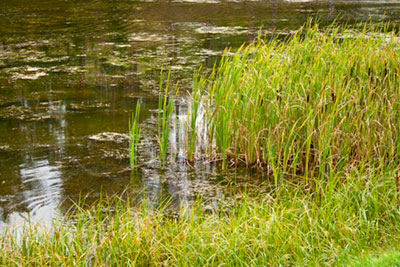 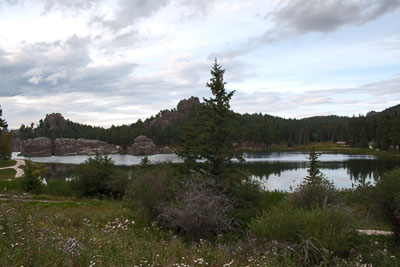 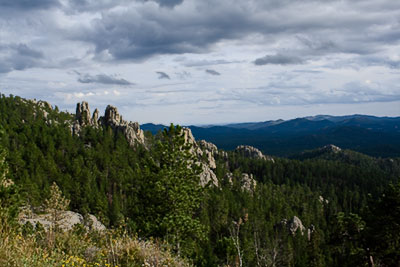 After driving across the prairie, I can appreciate the excitement the original settlers must have felt when they saw the Black Hills and realized they were looking at hills covered with trees. It must have been wonderful to finally see trees after weeks on the open tree less prairie. 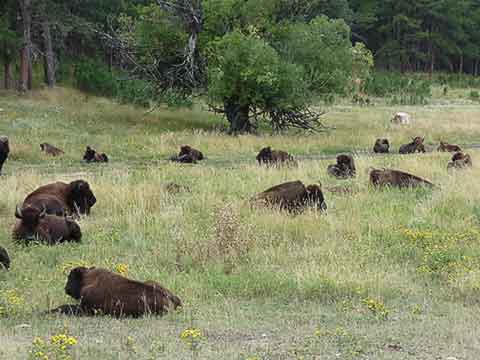 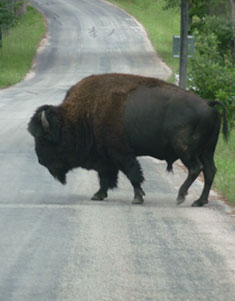 Custer State Park is home to a large herd of buffalo. The size of the herd is managed by South Dakota to ensure that it does not exceed the carrying range of the park.

The herd is rounded up every year and surplus animals are sold. The proceeds help pay for the management of the park. The 2010 round up is scheduled for September 27, 2010. If you want to go check out Buffalo Roundup. Should be quite an event.

The buffalo, often as single animals, can be encountered in most area of the park--often walking down the middle of the road. Or crossing the road wherever they want. When you're as big as a buffalo, you pretty much rule the day. 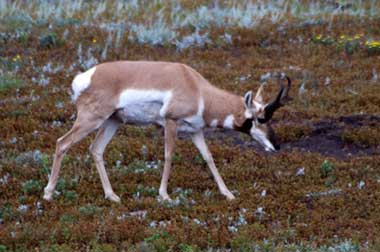 Custer State Park is also home to Pronghorn Antelope. These pretty animals are said to be the fastest land animal in the new world--the cheetah may be the only land animal faster than the pronghorn. The pronghorn is much faster than any of its predators.

It was once hunted almost to extinction. Modern management of habitat and hunting have allowed the pronghorn to increase. It is popular game animal. 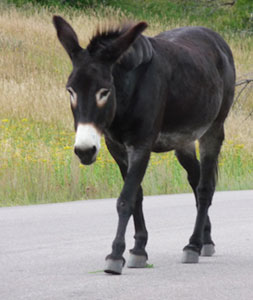 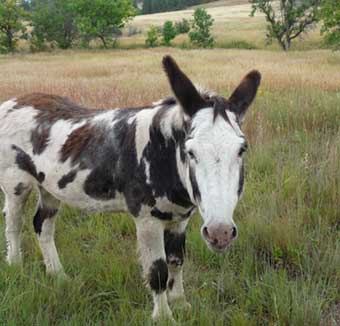 Custer State Park is also home to Wild? Burros. You would never know that these burros are wild the way the come running when every they see a car. The group we saw came walking down the road and headed right for our car. It was obvious that they were looking for a handout. They reminded of the the ways bears used to be in Yellowstone and Great Smoky Mountains National Parks before the park service took steps to keep the bears away from visitors. These guys were out of luck because we didn't have anything for them.

They weren't aggressive in their desire to be fed. As soon as they realized that we weren't a source of snacks, they moved on up the road in search of better pickings.

The burros are descended from a small number of burros introduced when entrepreneur turned then loose when his venture failed in the 1930s. 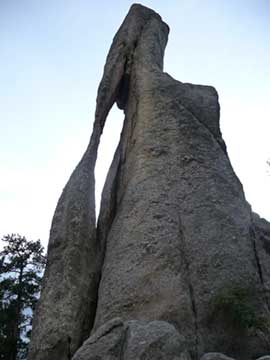 The Needles Highway features spectacular Black Hills scenery including; granite spires, the Needles Eye, narrow tunnels and hairpin curves. The Needles eye is a only 3 to 4 feet wide but is between 30 and 40 feet high. It is a reaching 30 to 40 feet in the air. This formation and several other in the area are popular rock climbing destinations.