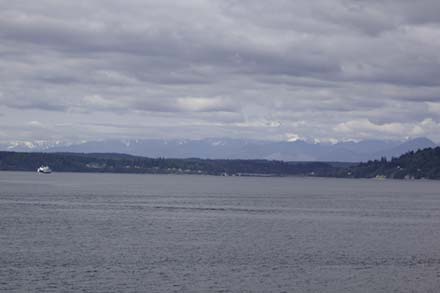 Olympic National Park is located across Puget Sound from Seattle on the Olympic Peninsula. The best way to get there is on the ferry from Seattle. The ferry ride across the sound is nice and a welcome change from driving in Seattle/Tacoma traffic. When you get off the ferry, you get a nice dive around Hood Canal to where ever you're headed in the park.

Or you can drive over the Tacoma Narrows Bridge to get to the Peninsula.

Most of Olympic National Park is roadless wilderness. So there is not a lot of the park that can be reached by car. However, there is a lot to see if you're willing to take several short walks--rain forests, waterfalls, streams, and beaches- for example.

Olympic National Park is home to the Roosevelt elk herd. The Roosevelt elk is the largest of the four surviving subspecies of elk in North America. If you're lucky you can see them on the beach or along Hood Canal. Or you might see a deer. 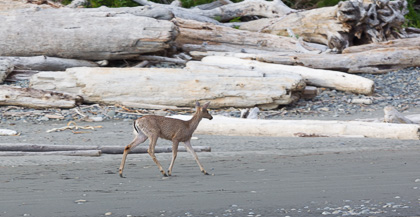 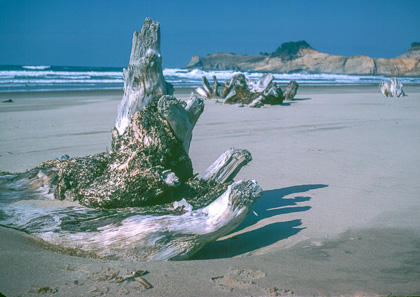 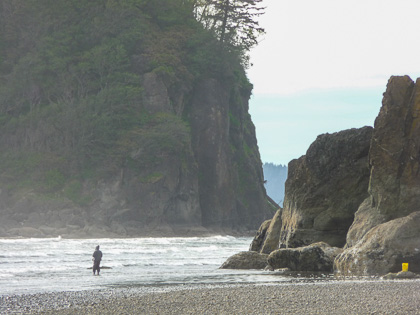