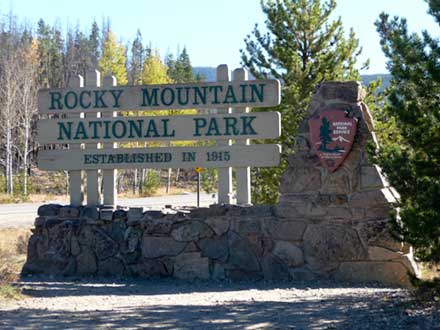 After our quick tour of Grand Lake, we headed to Rocky Mountain National Park. We were too early to see snow covered peaks but we were sure to see some wonderful sights. (Everyone told us that in a normal year we would have seen lots of snow.) 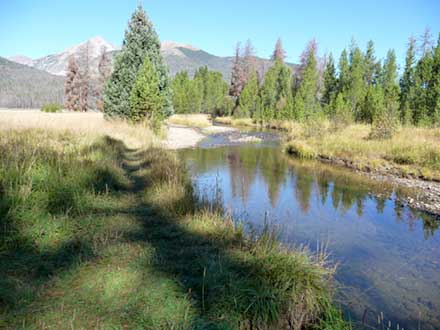 The western part of the scenic highway in Rocky Mountain National Park more or less follows the headwaters of the Colorado River. The river here sure looks a lot different than the river we saw in Moab. Clear clean water leisurely flowing across open meadows and forests. You can jump across the river in spots. Hard to believe that this is the start of the most important river in the Southwest United States and the power that cut the Grand Canyon. 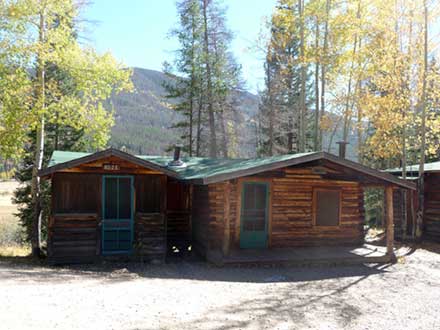 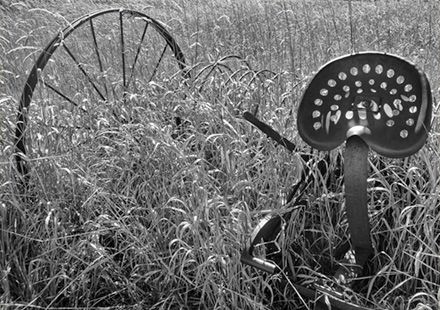 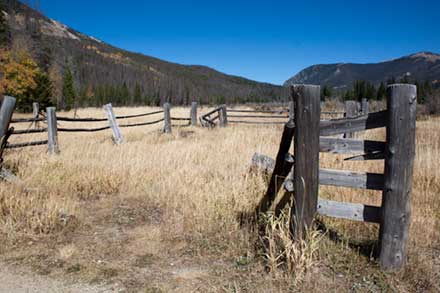 The Holzwarth historic site is the remains of a successful dude ranch operated by the Holzwarth family until 1973 when it was sold to the park service. The ranch started as a subsistence ranch in 1916 when John Holwartz was forced out of the saloon business by prohibition. When the Fall River Road over the Continental Divide was completed, the Horzwarth's converted the ranch to a Trout Lodge to serve the tourists coming along the road. in the 1920s you could spend a relaxing week at the Trout Lodge for $11. This covered room and board (2 meals). The Trout Lodge was converted to a dude ranch which operated until 1973.

Many of the more modern structures were removed, but the structures of the early Trout Lodge were left for us to enjoy. The Park Service has struggled with what to do with structures in what is now National Park land. One early policy was to remove the structures. But with the criticism caused by the removal of the Historic Lodge at Cedar Breaksin the 1970s, the park service decided to leave many of the historic lodges and structures in place. I'm glad they did.

The cabins and some of the old farm equipment are still there. There is a spot where everyone gathered to tell about the big one that got away and listen to stories of the old west. 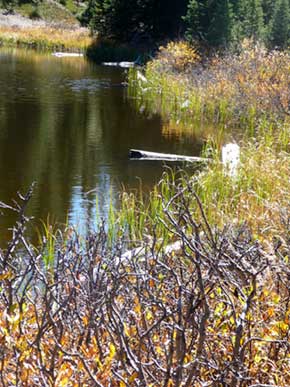 From the Holzwarth Historic site we drove east on the Trail Ridge Road. We stopped for lunch and at short hike at Lake Irene. This is a pretty little alpine lake. We saw several birders each with several cameras with really impressive looking lens. 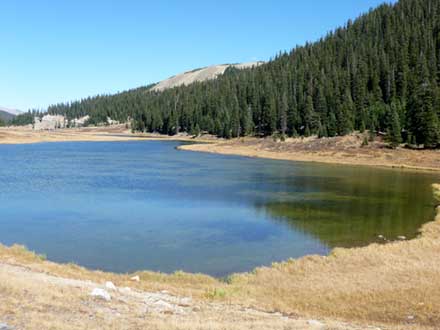 We continued our drive on the Trail Ridge Road. We stopped at the Alpine Visitor Center, with a elevation of 11,796 feet (3,595.42 meters)this isthe highest visitor center in the National Park system. The ranger told us, and had pictures to prove it, that the visitor center was often snowed in at this time of year (September 26). We were enjoying a 70 degree day. All the facilities at the visitor center were winterized--water off etc. 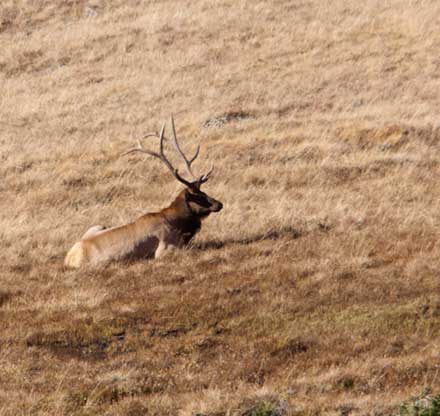 We continued on Trail Ridge road to its highest point with a elevation of 12,183 feet (3,713 m. It was a major engineer accomplishment to build the road. 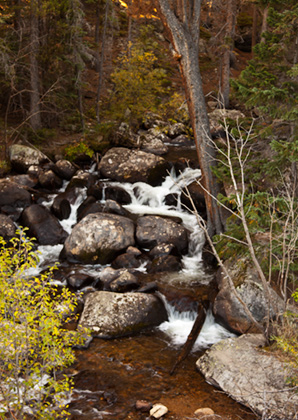