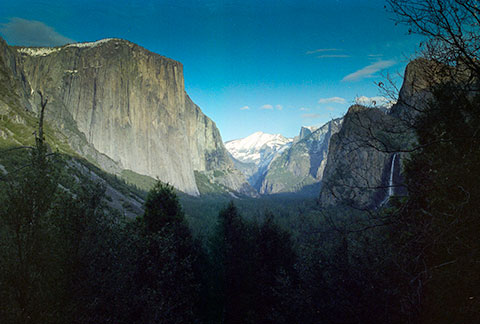 In January 2006 we had a chance for a short visit to Yosemite National Park. We planned an early morning drive from San Francisco to the park. Then we'd overnight in the park spend most of the day with a late evening drive back to San Francisco.

The first part went great. We had wonderful weather (mid 60 F temperatures and lots of sun. The park was beautiful. 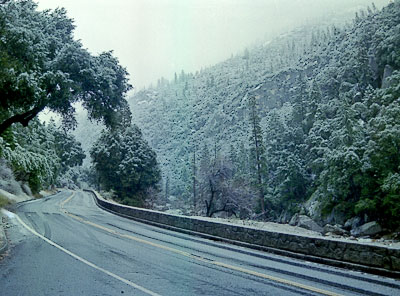 When we woke up early the next day to a serious snow strom. So we quickly loaded up the rental car and headed out of the park--so much for a day of exploring the park. We were the last car out of the park before the chains required sign went up. We didn't have time for pictures until we were well out of the worst of the snow. The photo here shows what it was like after we were out of Yosemite.

We regretted having to leave because the storm would have presented some wonderful picture taking opportunities. One more place that we need to revisit.

Tunnel View and other photos 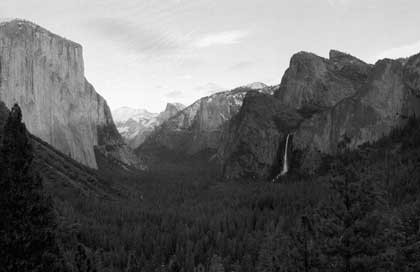 When we made our way to Tunnel View, the parking lot was almost full. Everyone was waiting for a beautiful sunset. We were the only ones that were still using film cameras--everyone else was using digital. The sunset wasn't spectacular but the view was still beautiful. We still took a lot of photos as the light changed. Even Ansel Adems wasn't able to get a great picture from here everytime. 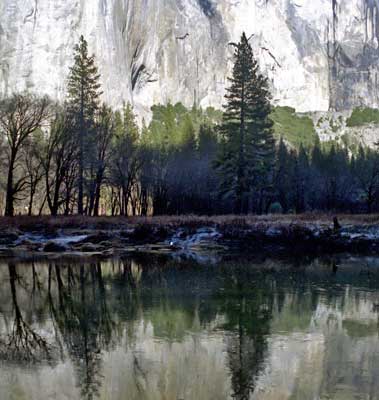 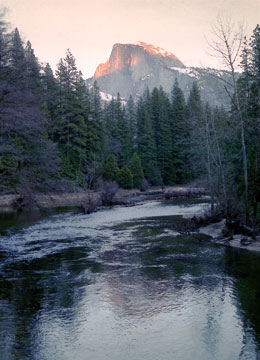 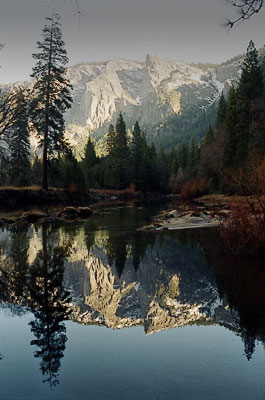 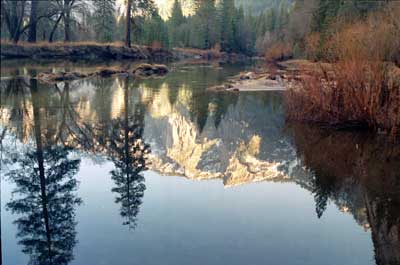 We left the crowd and Tunnel View and headed down into the valley. We had the valley to ourselves. Great to walk along the river without anyone else around.We had a great time and hiked around until to became too dark to see.

Even though Yosemite is one of the most famous sites for black and white photography, we found that it was also a good place for color photography. The late afternoon light reflected off the granite walls is quite beautiful.