You are here Travels with NessieTrip West Home Wild Mustangs 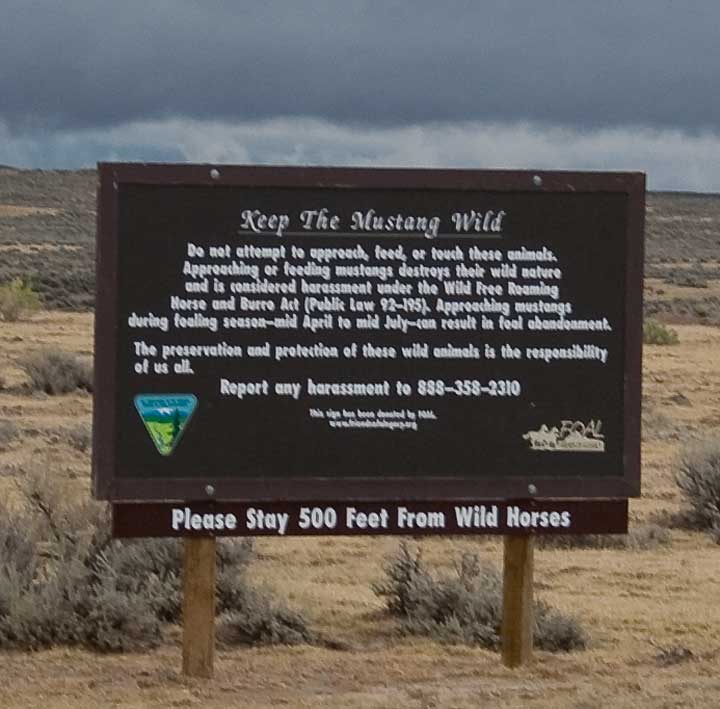 While we were driving across Wyoming from Gillette to Cody, we saw a herd of horses in the distance. We thought that they were domestic horses until we saw the sign about wild mustangs. This herd is one of a few herds located in Wyoming. The mustangs are managed by the US Bureau of Land Management. 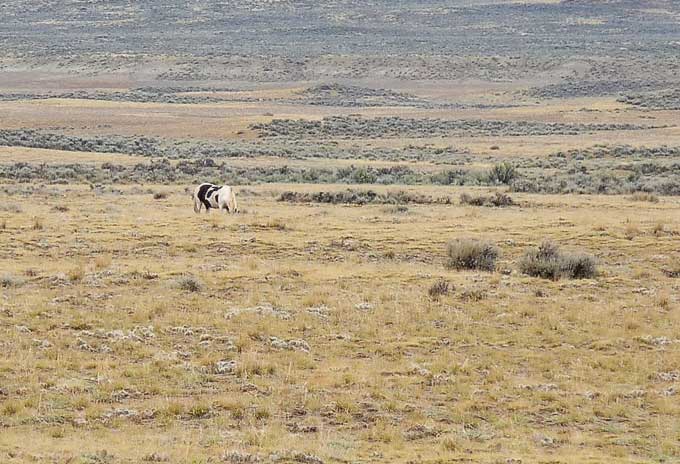 The history the the various wild horse herds in the US makes interesting reading. In most cases the government has wanted to remove the horses and only after considerable resistance from various groups have the horses been allowed to stay. Usually in reduced numbers.

It is generally assumed that these horses are descended from Spanish horses and horses that were released by ranchers. There is some evidence that the horses in this herd near Cody are also descended from Buffalo Bill's horses.

There are tours that take you off road into the mustang range. Next time we're out west, we hope to take one of them.

One herd in the north east corner near the boundry between Virgina and North Carolina has suffered nearly complete habitat loss as the area around Corolla has been developed. See Corolla Wild Horses for more information about his herd.

The other herds located on various barrier islands are carefully managed to ensure that the herds do not exceed the carrying capacity of the environment. For more about the Outer Banks horses see Shackelford Horses. You can see picture of the some of the NC horses at our photo gallery.