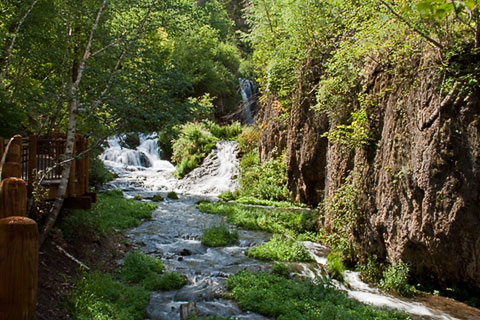 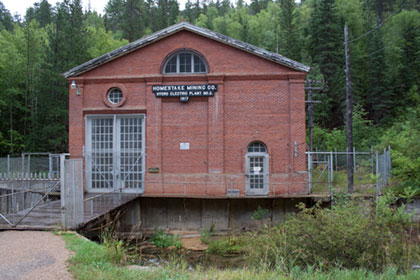 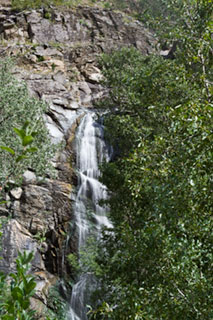 Spearfish Canyon is a narrow, fairly deep canyon cut by Spearfish creek. The canyon is older than the Grand Canyon. US Highway 14A provides a wonderful drive through the canyon. This is a road to take your time on and enjoy the sights.

It seems that every place with waterfalls has a bridal vail falls. Spearfish Canyon is no exception. This is a pretty little waterfalls just off the road. There is no hike necessary to get to the falls. 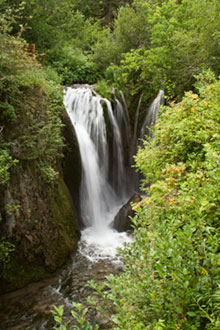 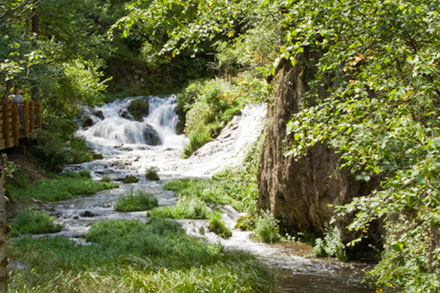 Roughneck Falls is a highlight of Spearfish Canyon. The falls is one of the most beautiful locations in the Black Hills. When we were there we met a family that had just moved from Eastern South Dakota. All they could talk about was the beauty of Roughneck Falls. We had to agre with them. The falls, the stream, the plants, and the canyon were quite beautiful.

The closing scenes of the movie Dances with Wolves were filmed at Roughneck Falls.

The name Roughlock Falls originates from difficulties early settlers encountered while traveling through Spearfish Canyon. Wagon drivers would "roughlock" the wheels of their wagons with logs or chains to keep them in place and slide down the slope. 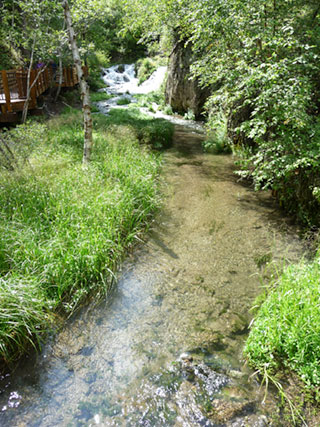 You can find more information about Spearfish Canyon at the following websites: