You are here Travels with NessiePaddling NC Paddling Lake Mattamuskeet 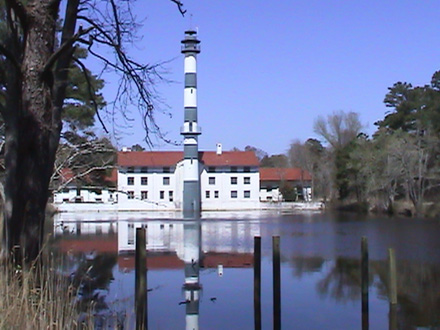 Eventually it became uneconomical to operate the pumps and maintain the canals and in 1934 the lake became property of the US Government. It is now a large Wildlife Refuge and in the late fall and winter is full of birds. See Lake Mattamuskeet in February 2007 and Lake Mattamuskeet in January 2008 for our visits to see the birds at Lake Mattamuskeet. The lake is open to boating from March 1 to November 1. So you can't go paddling when the bulk of the birds are around. I have heard, however, that if you go in late October, you can see a fair number of birds, especially tundra swans. 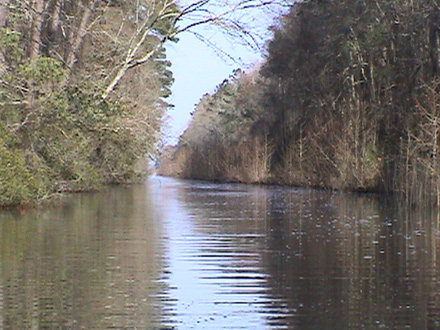 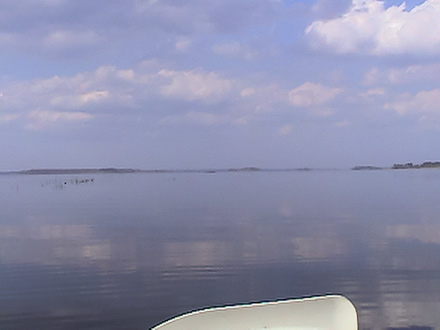 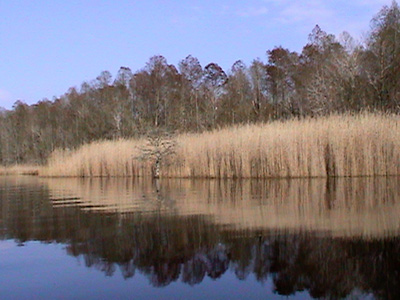 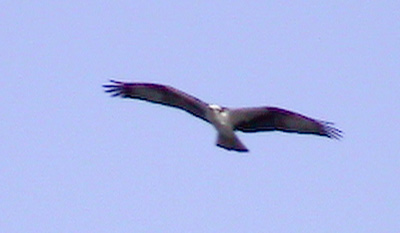 The lake is very shallow and is split by a causeway for highway 99. If the winds are really stiff, the lake is not fun. But it is a great paddle when the wind is gentle.

We took Nessie to Lake Mattamuskeet in late March 2003. It was quite a paddle to go through the canal out to the main part of the lake. We saw several Ospreys flying around the lake and nesting.

There are more or less stunted trees growing in the lake. The trees often have several ospreys rousting in them. And many of the trees have osprey nests.

When we were there in March 2003 the trees were still bare of leaves. I'm not sure what kind of trees these are. We've never been to Lake Mattamuskeet when the trees had leaves on them. 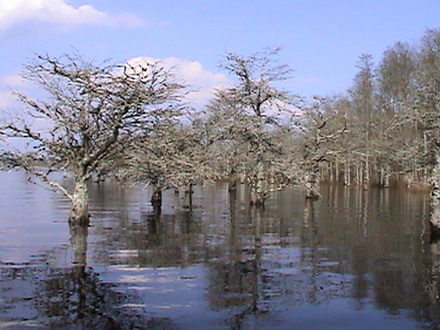 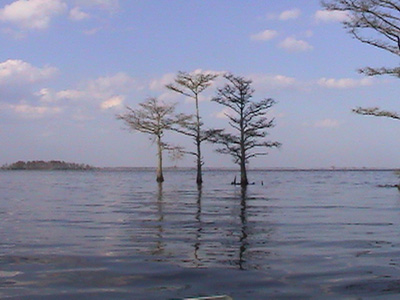 We paddled the main lake for several hours and then paddled through the canal to the boat ramp. We then loaded Nessie back onto the Minivan. We had a nice talk with a ranger as we were loading Nessie. He said the last of the tundra swans had left a couple of weeks ago. All that were left were a few Canada Geese that decided North Carolina would make a good home. The ospreys were the only birds we saw on our paddle.

We drove to the Lake Mattamuskeet Wildlife Refuge offices to look at the Lake Mattamuskeet Lodge. When we were there in 2003, we were able to explore the lodge and imagine what it must have been in its hay day. Now, however, the lodge is closed because of corrosion due to lack of maintenance. Sadly, given the current state of the economy, it is unlikely that the lodge will ever reopen. 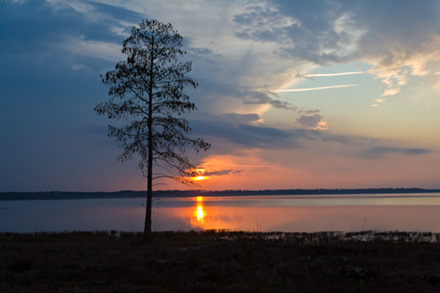 Sunset Lake Mattamuskeet (from our 2007 trip)