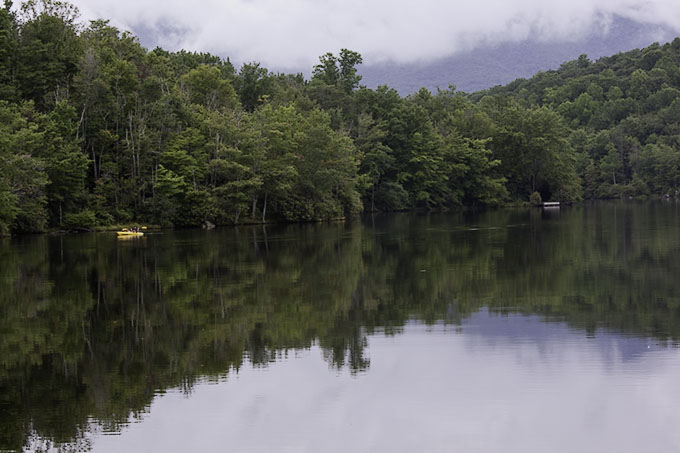 Julian Price Lake is a small lake in Julian Price Park off the Blueridge Parkway. We have often stopped here on our travels on the Blue Ridge Parkway, but had never paddled it until 2009. We actually visited the lake twice in 2009--once to hike around it and once to paddle it.

It's a great place to paddle because paddlers are the only boaters allowed on the lake. So you don't have to worry about getting run over. If you don't have your own boat, you can rent one at the launch site. 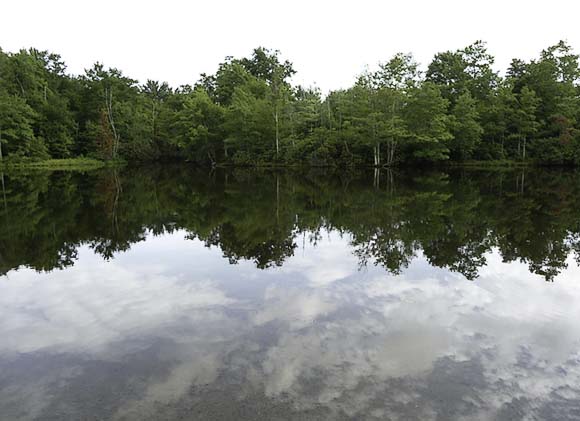 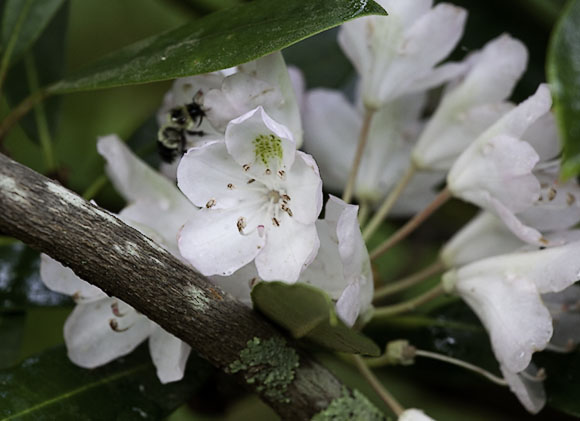 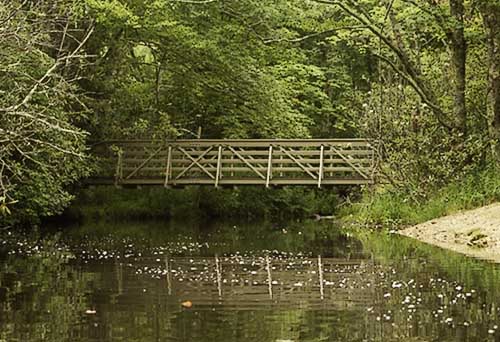 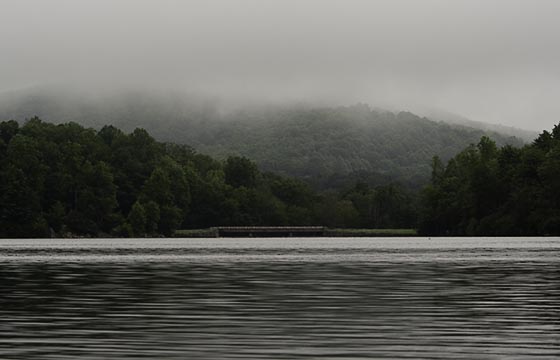 We had to cut our paddle short because of rain. Something that seem to happen fairly often. Even with the rain we had a great time. We were lucky to get off the lake and get Nessie back on the minivan before the heavy rain started. It was a really heavy rain. We were glad to be in the nice dry car. 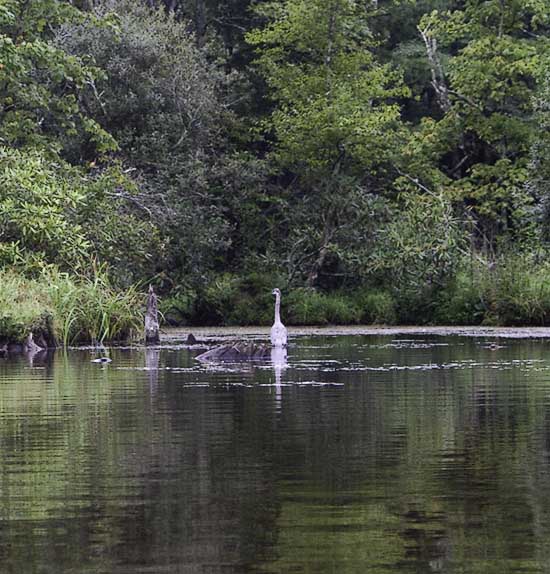