Your are here Travels with Nessie Non-Paddling TripsMaine Home Campobello 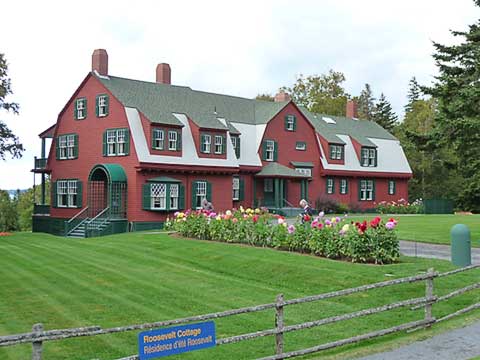 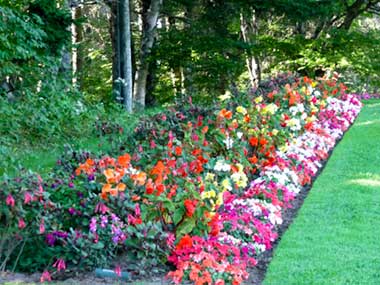 Most people know Campobello as the summer home of President F. D. Roosevelt. The Roosevelt summer cottage is now the center of the Roosevelt Campobello International Park. The park is administered by a joint US Canada commission. The center piece of the park is the 34 room cottage that has been fully restored. The grounds are very pretty with beautiful flowers. 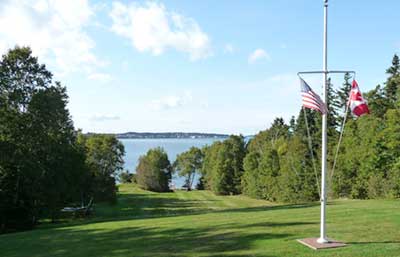 The view of the water from the cottage is very pretty. The tour of the house and grounds was very informative. It provided information about the history of the cottage community and FDR. Well worth the visit. 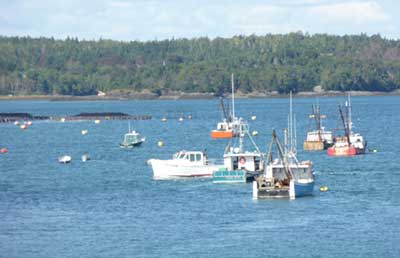 There is more to Campobello Island that the Rossevelt Cottage. First there is the East Quoddy Light and whales where we spent a great deal of time. But we found several other interesting sights on the island during our visit. For example, there are the boats floating in the water. 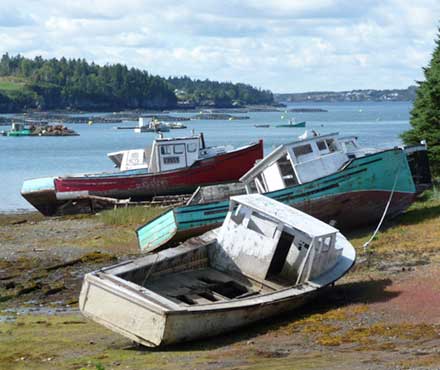 We were facinated by the boats sitting on dry land at low tide. We couldn't imagine that the boats would be floating at high tide, but they were. The tides here are extreme. 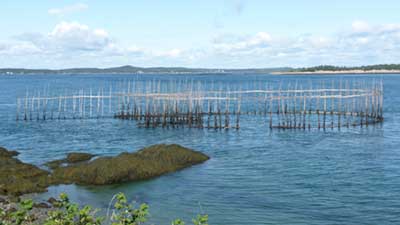 The fishing wiers were interesting. They had to be explained to us by the people staying at the Peacock House with us. The V-shaped weirs with circular formations hold the fish during high tides. 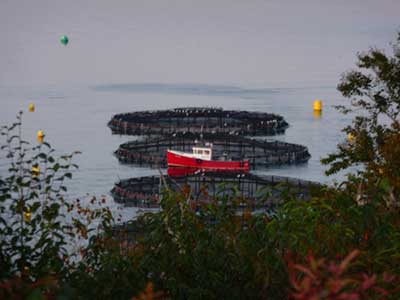 We also saw salmon fish farms in the bay. This area hosts the world's largest Atlantic salmon aquaculture. There is considerable contraversy about the long term advisability of such large finfish farms (Salmon Aquaculture). 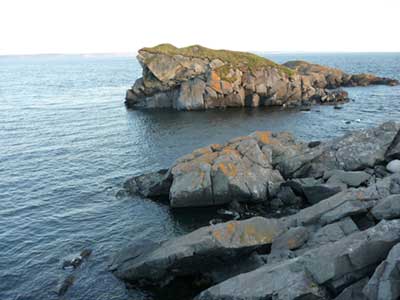 The views of the rocky coastline are beautiful as was the sunset that ended our day on Campobello. 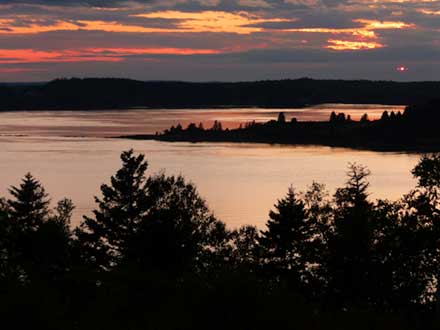 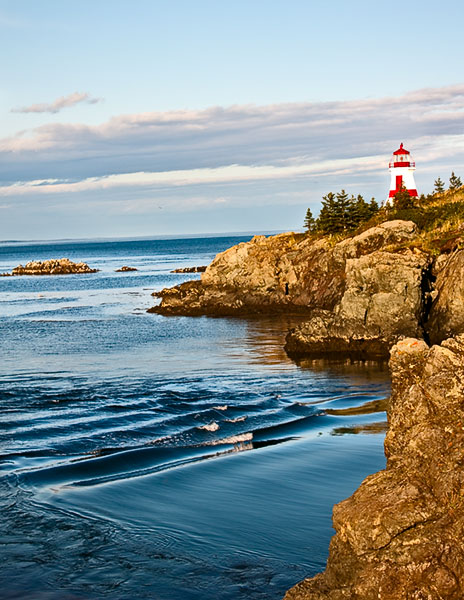