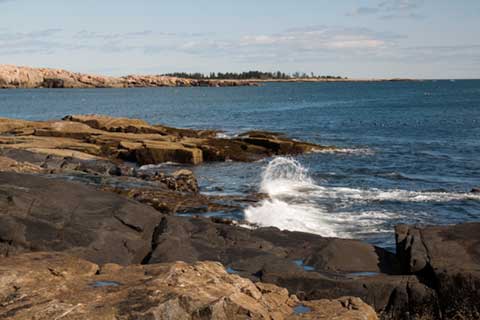 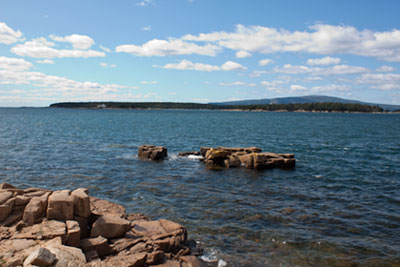 Because it was too windy to paddle, we decided to visit the Schoodic Peninsula section of Acadia National Park. The Schoodic Peninsula is the only part of Acadia that is part of mainland Maine. It is about 45 miles (1 hour) from Bar Harbor. As we drove we noted that there were whitecaps even in protected areas so we were content to leave Nessie on top of the minivan.

We saw a sign saying Reversing Falls that pointed to a small side road. Since we were not in a hurry, we followed the arrow to The reversing falls at Hancock Maine. It was pretty impressive. The sign at the falls advised us that it was best viewed at low tide. A glance at the tide table told us that the next low tide would be late in the afternoon. So we got back in the minivan planning to stop on our return to Bar Harbor late in the afternoon.

When we returned to the reversing falls, we were glad we did. The currents created by the change in tides were impressive. 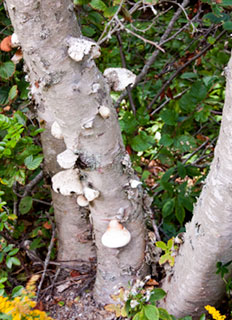 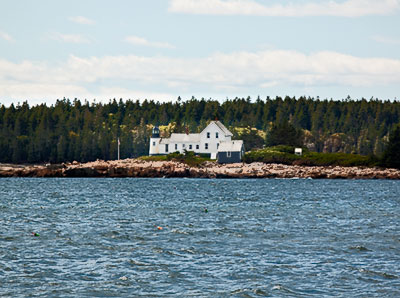 The Schoodic Peninsula part of Acadia features a rugged coastline and great views across the water. There is a scenic loop road on the perimeter of the peninsula. There are four short hiking trails in the area. No camping is permitted. So this is a day use area and an area mainly for car touring. Drive a little bit, stop explore the beach for awhile and drive to the next spot. If you stop and explore as much as we did, you can spend a full day and still run out of time.

Although similar in scenery to Mount Desert Island, the coast of the Schoodic Peninsula is more intimate and secluded. There were no crowds when we visited. 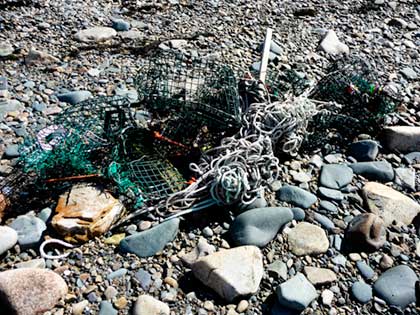 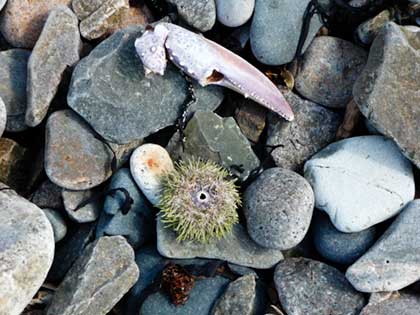 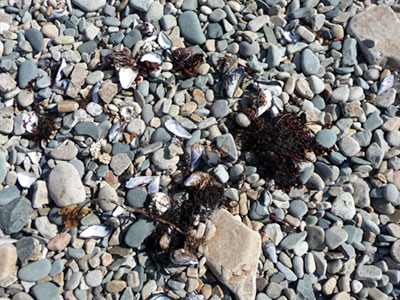 The views across the water are beautiful. For example, you have a great view of the Winter Harbor Light from the beach. Everywhere you look there are colorful lobster trap markers in the water. We even noticed a couple of markers washed up on the shore. We didn't see any boats working the traps during our visit. 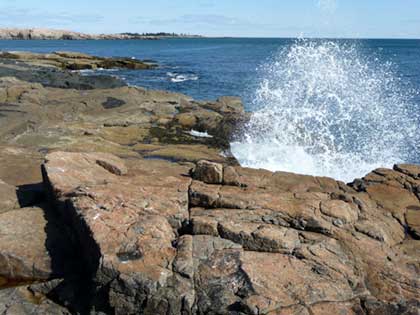 We found that we also needed to look at the beach as we walked along. There were lots of interesting things to find. Lost lobster traps, for example. They were hard to miss. We left them alone, figuring that the owner might eventually come looking for them.

If you look closer, you can find other interesting things on the beach. Pieces of sea critters, interesting pebbles, etc. It's all a matter of keeping your eyes open. My wife is much better at seeing these things than I am.

If you're visiting Acadia and want to get away from most of the crowds, drive to the Schoodic Peninsula.