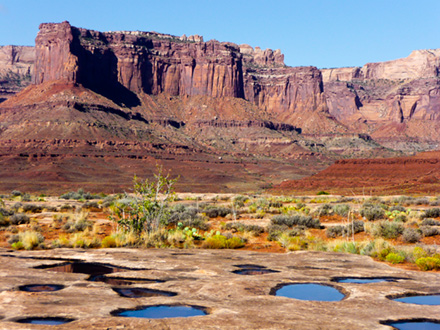 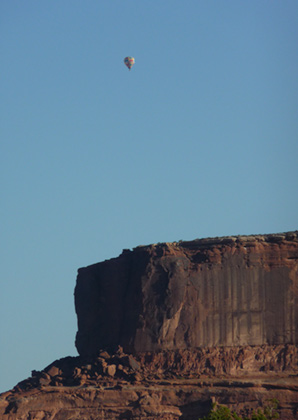 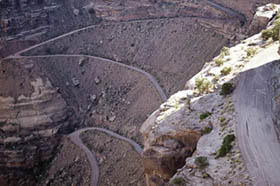 We're headed down there 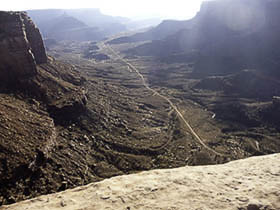 We'll eventually get on that road

We took a 4x4 excursion followed by a raft trip down the Colorado offered by NAVTEC in Moab Utah to get an introduction to Canyonlands National Park. Canyonlands, like Arches, has a large part of the park that can not be explored by normal cars. The tours offered by the various companies in Moab provide a good introduction to these parts of both parks. We used Tag-A-Long to see part of Arches and NAVTEC for Canyonlands. The guides furnished by both companies were great.

Just as we entered Canyonlands we saw a hot air balloon flying over the park.

The road in Canyonlands was something else. As you can see from the photo, it was a long way down. Although the road was a 2 way road, it was about wide enough for 1 jeep. And there weren't many wide spots were one jeep could wait for another one to pass. We didn't have to see what happens when two jeeps meet. 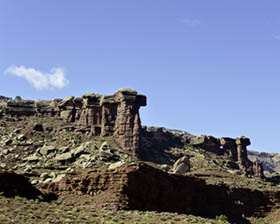 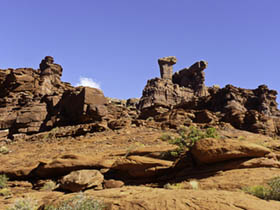 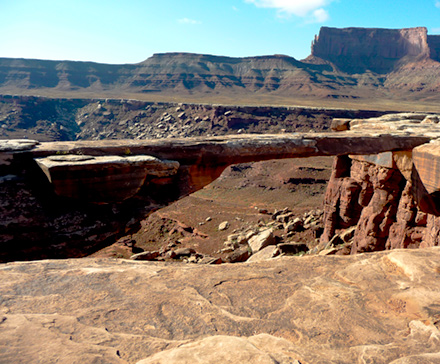 The back country trip took us past several interesting formations and wonderful scenary with plenty of stops for picture taking. One of the places we stopped was Musselman Arch. This arch was named for the late Ross Musselman, who operated a tour business out of Moab in the 1950s

After quite a bit of driving, we finally got to a place were we could see the Colorado River. Because of the rain that made Arches so wonderful, the Colorado river lived up to its name--it was a muddy red. As one saying goes the Colorado is too thick to drink and too thin to plow. This was quite a change from the clear water in the river the day before. 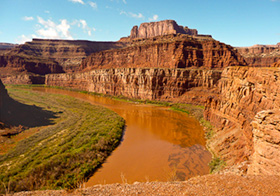 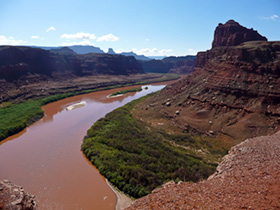 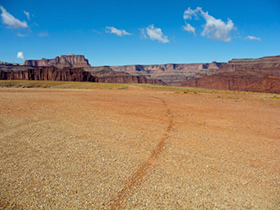 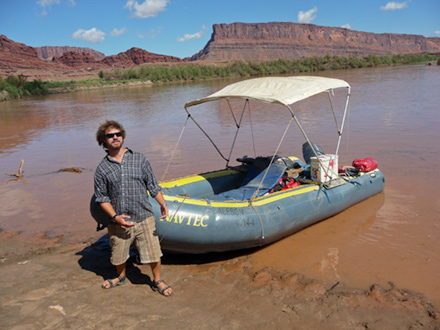 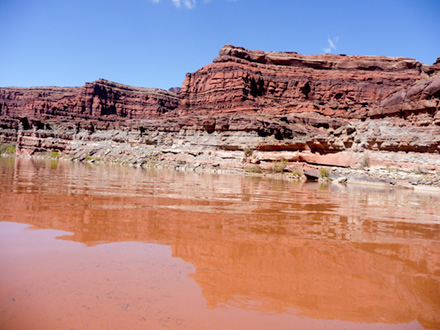 The Colorado River from our raft

We stopped for lunch at a spot on the river called the Grotto. Really a pretty spot a short walk from the river. 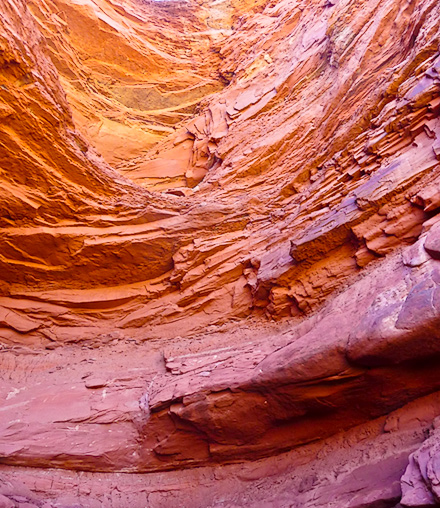 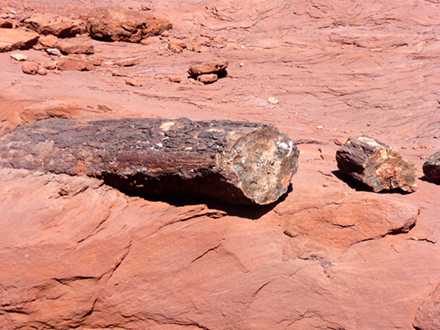 After lunch, we headed back up to river. We stopped to see some petrified logs. Some of them were pretty impressive. Must have been quite a forest here a long long time ago. 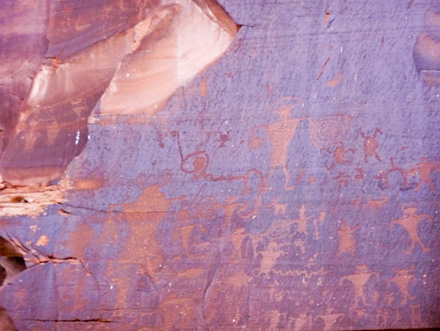 On the drive back to Moab, we stopped to view the most impressive wall of petroglyphs I've seen. The cliff along road was covered with them for a long way. I'd never seen anything like it.