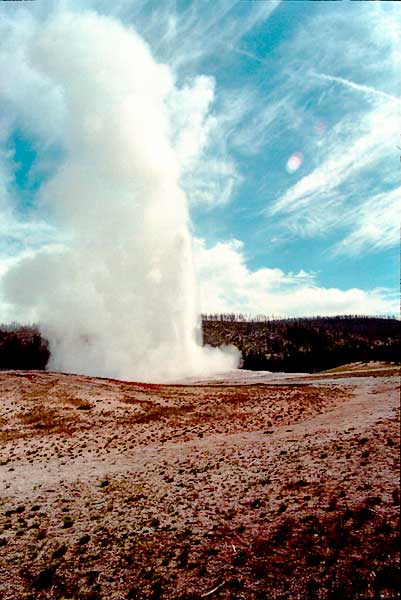 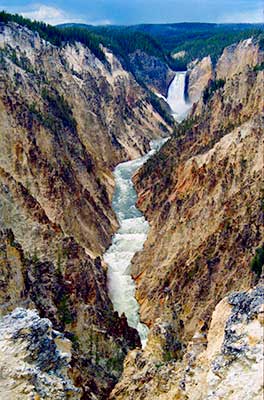 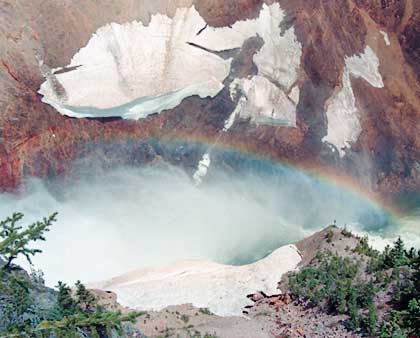 In early June, 1999 we spent a week in Yellowstone. The winter of 1998-1999 was especially wet and snowy so there was still a lot of snow around at higher elevations. In fact there was so much snow that some of the park roads were still closed when we arrived. It was an absolutely wonderful trip.

This was pre-digital camera so all the pictures we took were with film. And we took a lot. Both black and white and color. In fact I still have some rolls of black and white to develop. I scanned a few of the photos some time ago, but have many many more to go. In December 2013 I looked at the 1999 photos to get an idea of how the park as changed in the many years.

The most obvious change was in the growth of the forest. There is still some evidence of the 1998 fire. But most of the burned area is now covered with trees.

I've added more photos of the 1999 trip to these pages. 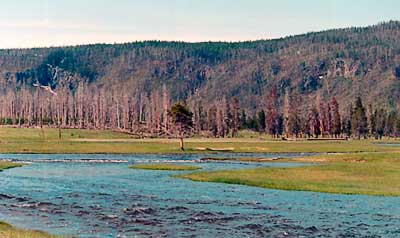 There was still considerable evidence of the great fire of 1988. There were signs of recovery, but there were major areas of nothing but burned out trees. Since many of the areas that burned were climax forest, it'll be many many years before Yellowstone looks like it did before the 1988 fire.

In are 2008 trip we noticed that there were still areas where stark burned trees still dominated the landscape. But in most places there were lots of new trees and green replacing the burned out areas. Recovery is a long term process. 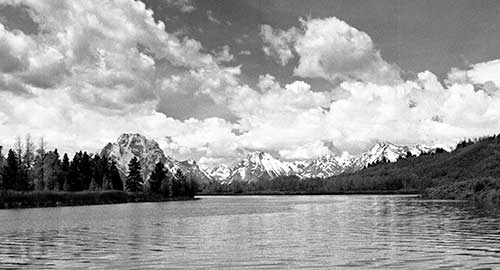 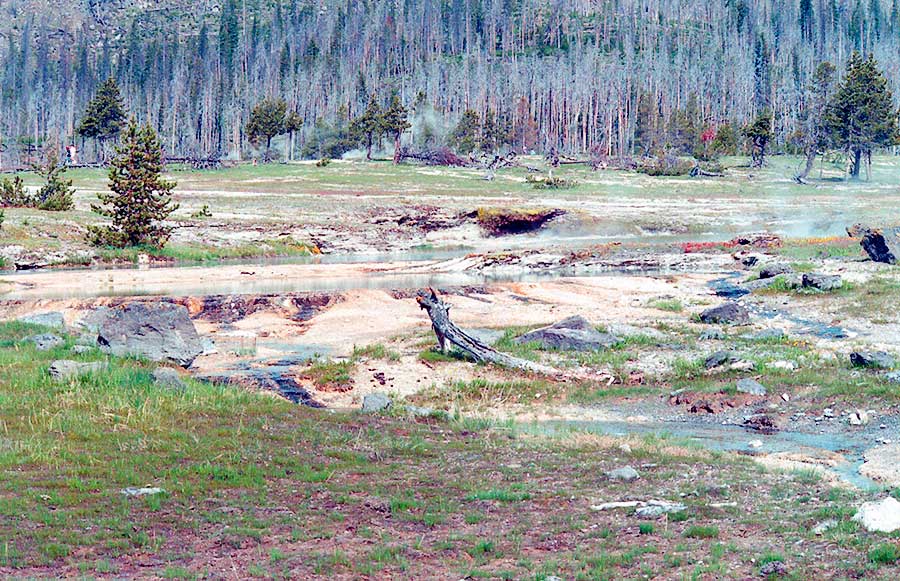 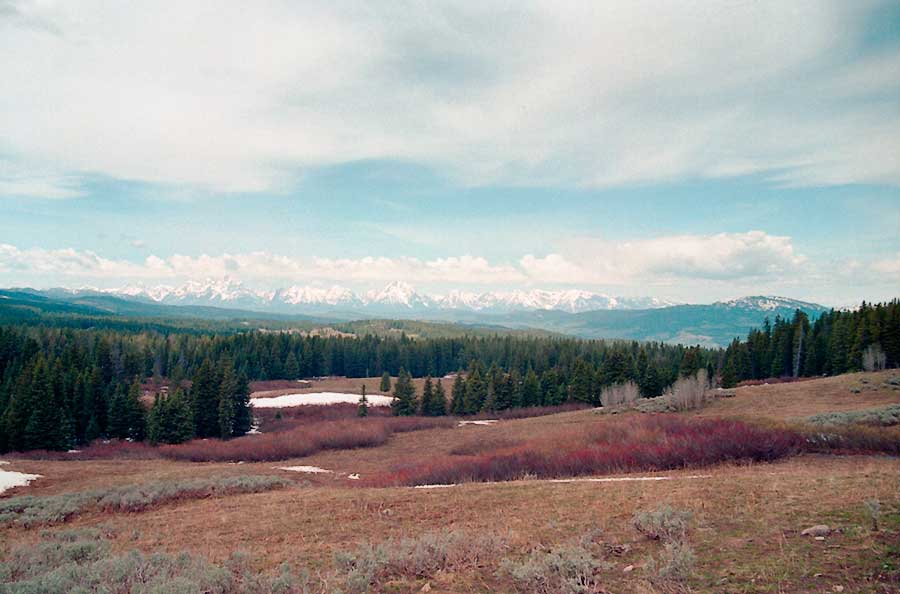