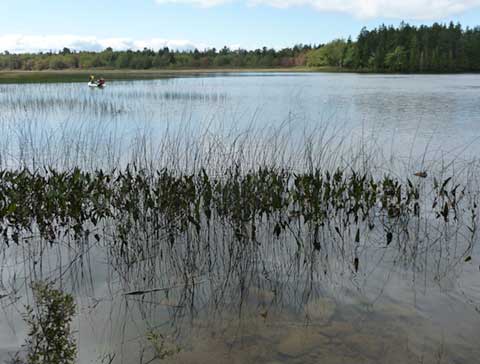 We selected Seal Cove Pond for our first paddle in Acadia because the it is not as well known as many of the other ponds in the park and promised a tranquil, quiet experience. The pond is seldom-used. The book Quiet Waters Maine provides excellent direction for getting to the boat launch. When we arrived, a park ranger was launching a rubber boat to conduct a survey of the pond. One other kayaker showed up but that was all. Quite a contrast to the the crowd we saw a Jordan Pond. 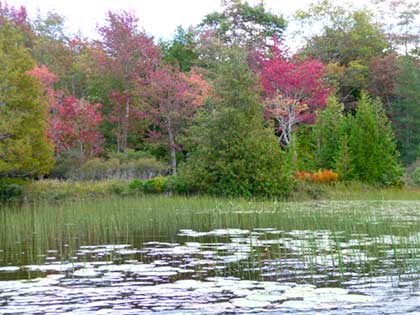 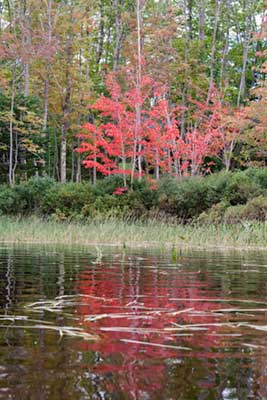 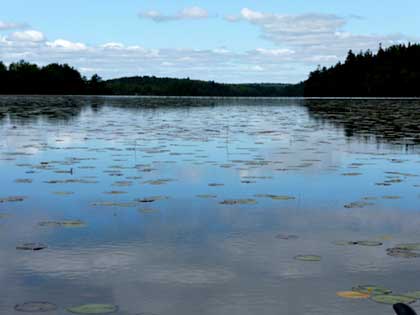 As we paddled along we were treated to a preview of what the area would look like in a few weeks when the leaves had all turned. The red leaves and the reflections in the water were especially striking. The reds here are much brighter than the reds we get around home. The preview made us want to stick around for a few more weeks for the main show. But of course we couldn't.

The paddle went pretty much as advertised. We were treated to many quiet views of the water, the water plants,and low mountains in the background. It was a wonderful experience. 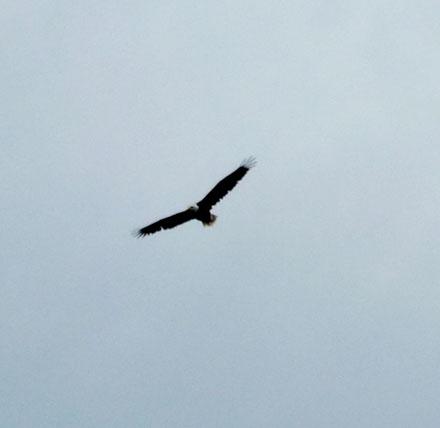 As we were paddling along, we noticed a large bird flying well above the tree tops. I got out the video camera, pushed it to maximum telephoto, and discovered that the bird was a bald eagle. We continued paddling and watching the eagle.

It got lower and we were able to get a good look at it-especially with the video camera. The eagle eventually landed in a tree quite aways from us. But close enough to get a photo of it with my 300 mm lens. Never have a long enough lens. 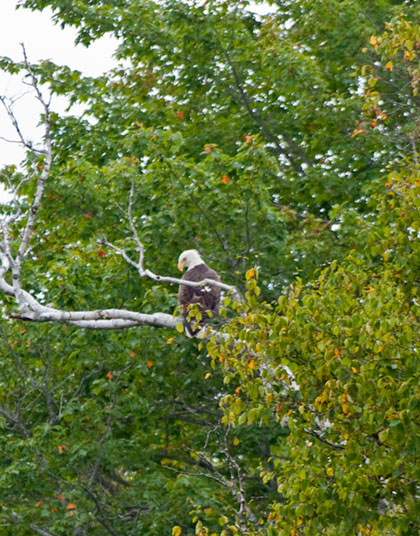 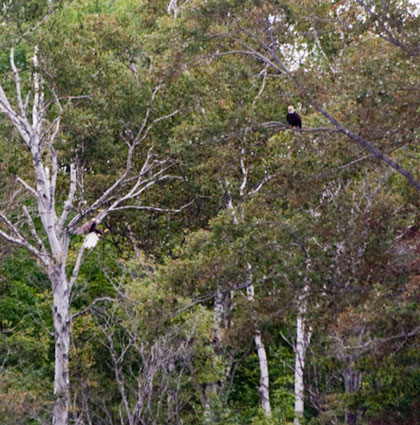 The eagle took off again and flew to the end of the pond, where it was joined by a second eagle and some crows. The first eagle dropped something into the water (we were too far away to see exactly what and the telephoto on the video camera wasn't long enough either.) The two eagles flew to the side of the lake away from us and settled into the tree. 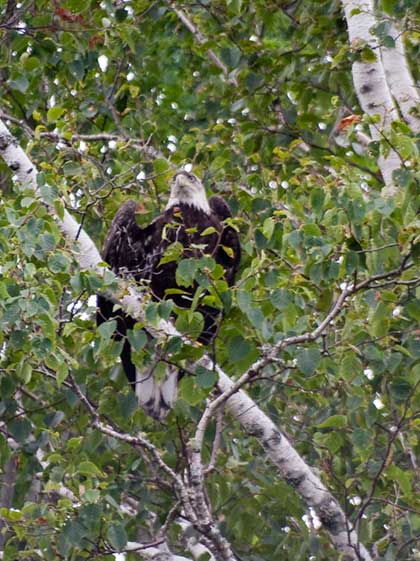 Then a third eagle joined the party by flying in and landing in a tree on our side of the pond. It appeared that this was a younger eagle because its head had not turned completely white like the other two. The eagle stayed in the tree watching us for quite awhile (and of course we watched it too). We took care not to get too close (but oh for a longer lens). 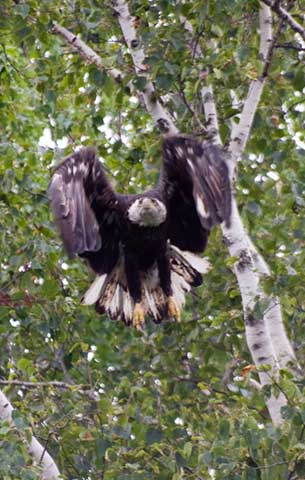 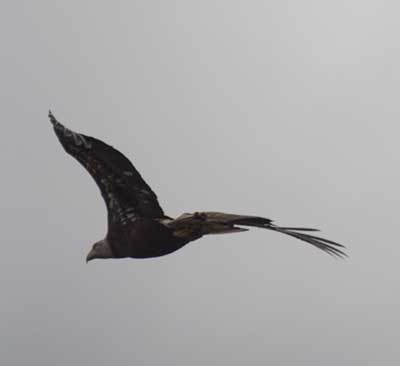 Finally the eagle decided that we weren't very interesting and probably nothing to eat, we he flew out of the tree. Wow what a sight. It joined the other two eagles and they flew away leaving the pond to us. Their show will be a forever memory for my wife and me.

After the eagles left we caught our breath and then continued our paddle. We kept hoping that the eagles would return, but they didn't. Guess they figured that one show a day was all they were paid for.

Even without the eagles, the paddle was wonderful. The eagles made it a lifelong memory,