You are here: Travels with Nessie HomeNational ParksGrand Canyon North Rim of the Grand Canyon Day 1

North Rim of the Grand Canyon-Day 1 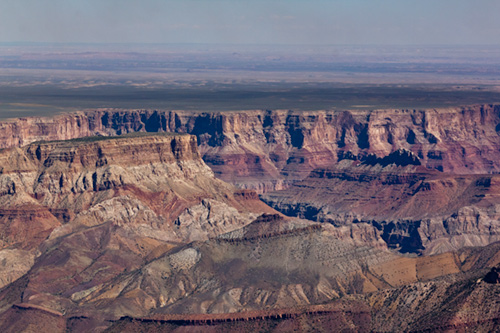 The North Rim is higher than the South Rim and thus receives more precipitation. The extra precipitation often falls as snow. This means that the roads can be closed in early spring and late fall. The lodge and other facilities close on October 15 and usually open on May 15.

After we stopped at the North Rim Visitor Center, we headed for Point Imperial to find a picnic table and have lunch. After lunch we walked to the rim of the canyon for our first view of the Grand Canyon. We were awed by the view. There is nothing like it anywhere else.

One of the interesting facts about the North Rim is that you can't see the Colorado River from most of the view points. 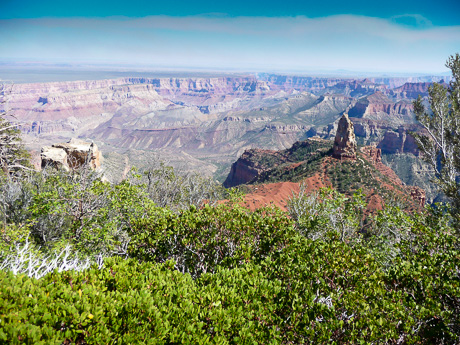 While we were eating lunch a pair of birds showed up to welcome us to the North Rim. Actually I think they were looking to share our lunch and left as soon as it was clear that we weren't going to feed the wild life. 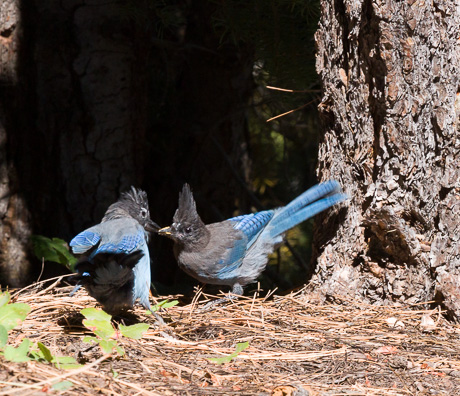 We explored the North Rim and found that although you can't see the river from most North Rim vantage points, the views of the canyon an awsome. We couldn't get enough of the canyon. 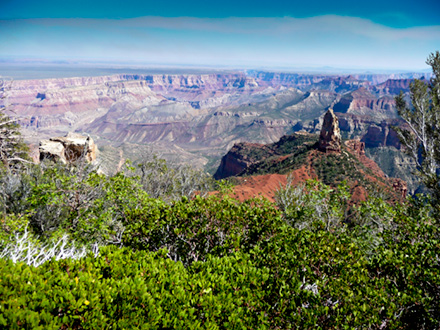 North Rim of Grand Canyon from our Picnic Spot 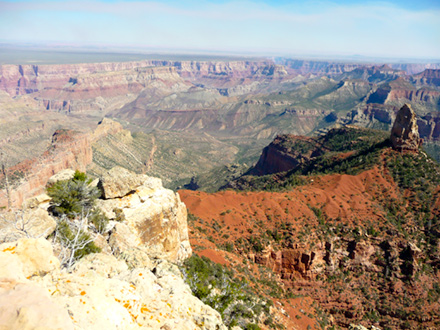 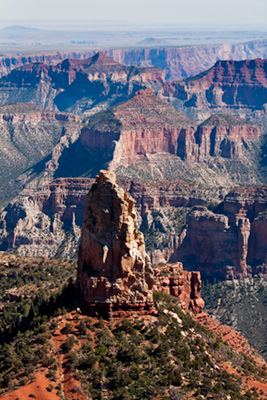 There was some smoke from a prescribed burn in the park. 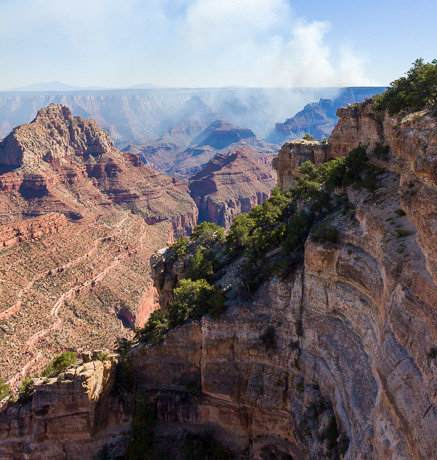 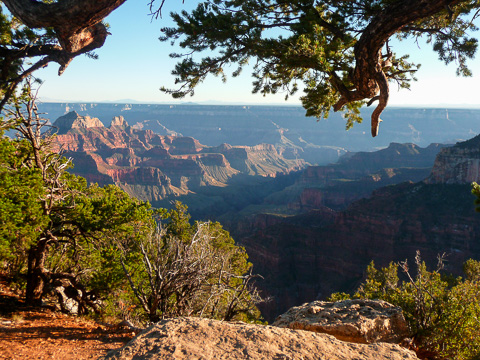 Grand Canyon from the North Rim 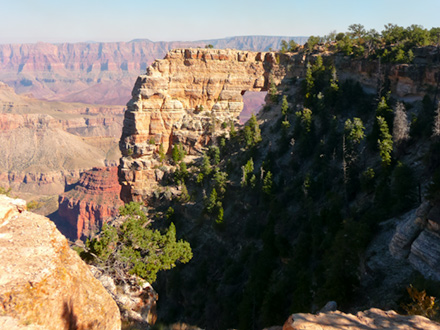 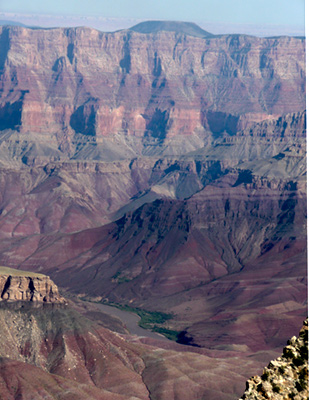 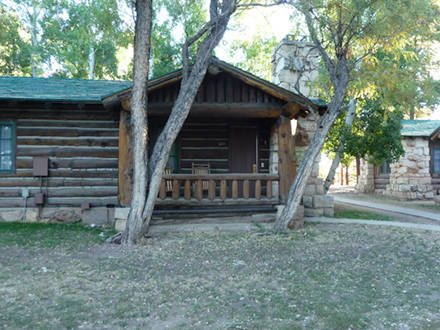 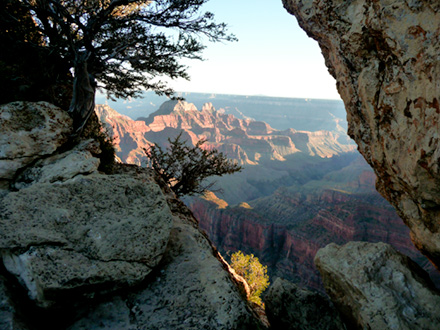 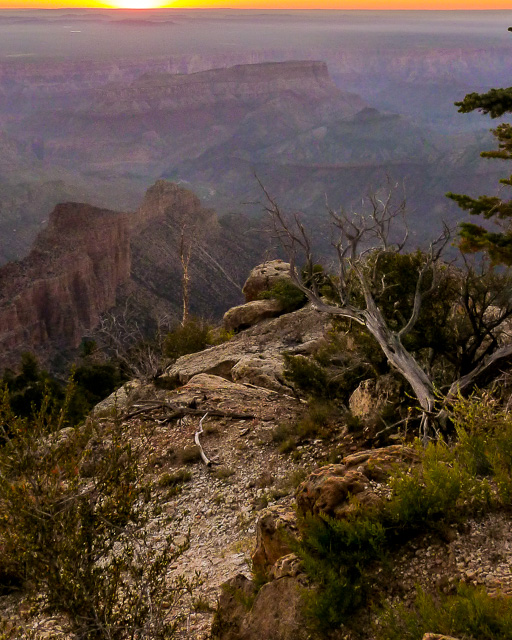 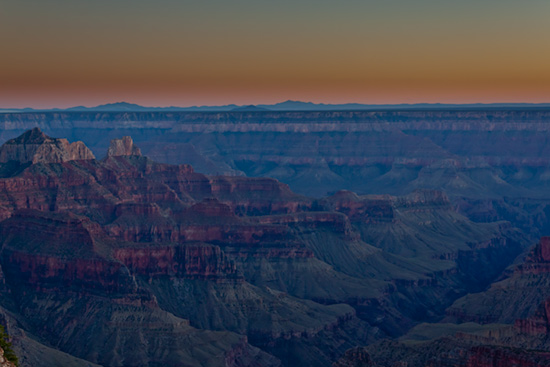