You are here Travels with NessieExploring Oregon Seaside Oregon 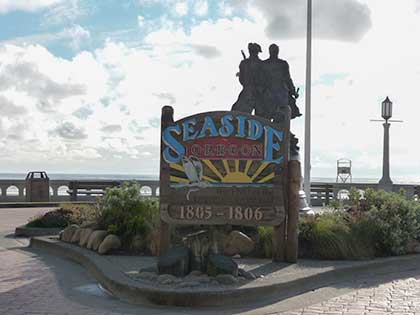 Seaside was one of our favorite places to visit when I was in graduate school. We usually found a coupon for a motel there that offered 2 nights for the price of one. A good deal for starving graduate student. We vowed that we would return there some day. Some day finally came in 31 May 2011.

Seaside has changed considerably in the 40 plus years since we were there last. It still has one of the nicest beaches along the Oregon coast. It is still a nice place to stroll along the beach. When you look at the photos of the beach note that although this is the end of May, the lifeguard tower is not occupied and there is no one in the water.

Even though no one was in the water, there were a fair number of people enjoying the sunshine and the nice weather. It seems like there is nothing like a beach to get people walking. 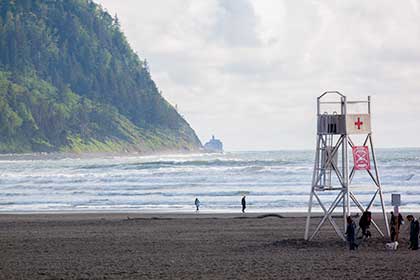 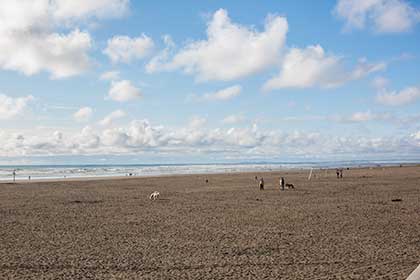 The Tillamook lighthouse can be seen off in the distance. 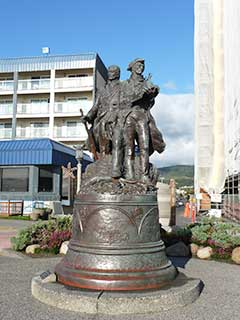 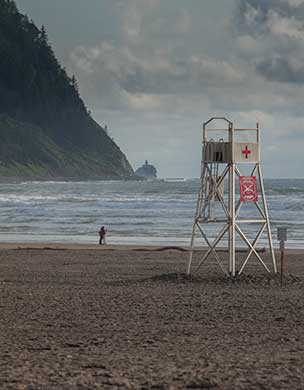 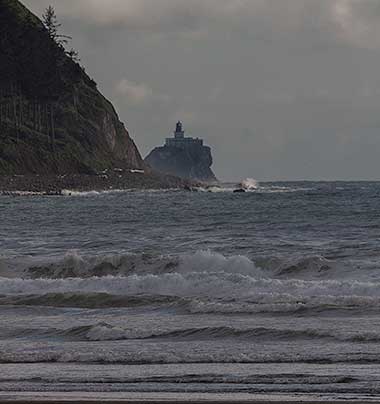 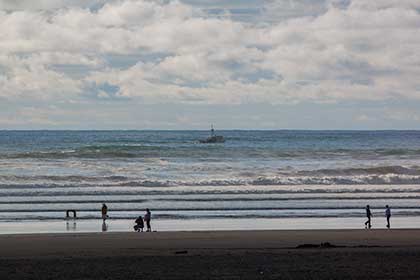