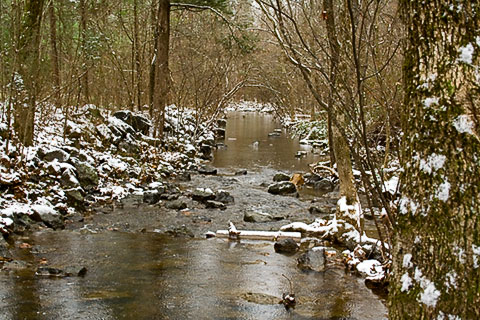 Crooked Run Creek is a small creek that runs through the woods in our development and into the Eno River.Much of the creek is designated as flood plain which limits development. The creek and the surrounding woods provide a place for deer, birds, and other wildlife in a heavily developed suburban area of Durham, NC. A family of foxes is the most elusive resident. I've seen the fox once in several year. I know that raccoons and opossum live in the woods around the creek. I often go there to photograph when I can't get out to other places.

The snow in 2007 provided a good opportunity to see what was going on in the woods. I found deer tracks but didn't find any deer. Guess they were too busy eating the plants in the neighborhood. The snow didn't last long--typical of snow in Durham, NC. he nice thing about snow here is that it never stays around long enough to turn gray. 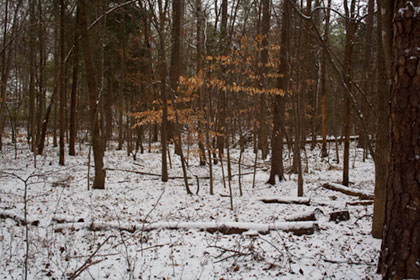 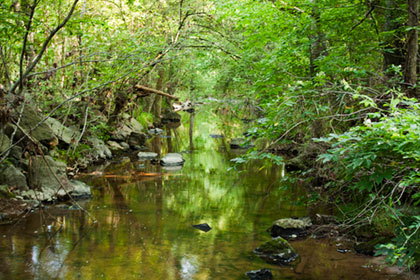 Summer along the creek 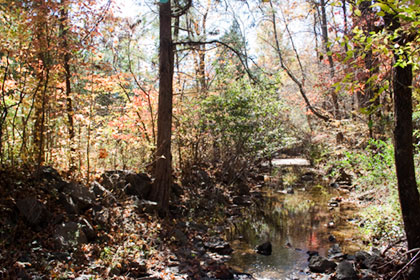 Fall along the creek 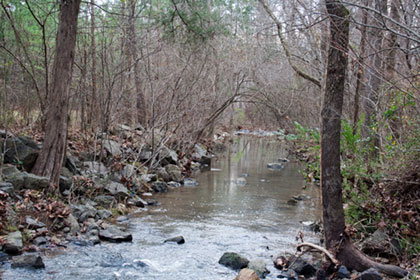 Winter 2006 along the creek

The Seasons on Crooked Run Creek

Crooked Run Creek has a different look at each season. In the summer the greens from the hardwood trees dominate the banks and the reflections. In the fall the hardwoods are still the stars with their colors. The creek is generally quite low in the fall. Then in winter the hardwoods are bare and there are glimpses of green from the small evergreens. And when it snows, the white of the snow dominates.

The fall colors in the woods along the creek striking. The leaves fall everywhere and the carpet adds color to the ground.

If you look carefully, you can often find flowers in bloom even in late November and early December. You have to find sheltered spots--for example next to a fallen log where the flowers are protected from the wind. 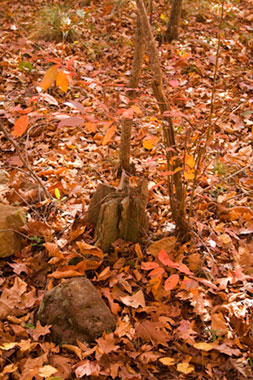 Falls in the woods 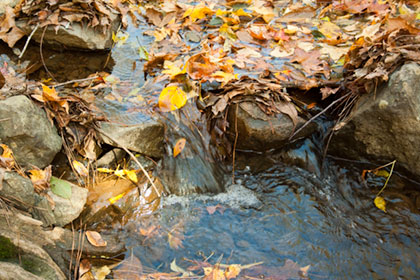 Fall in the creek 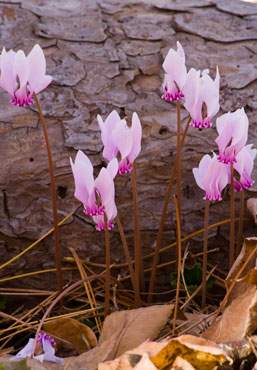 Crooked Run Creek and the Snow of January 2010 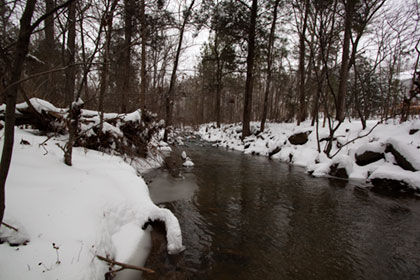 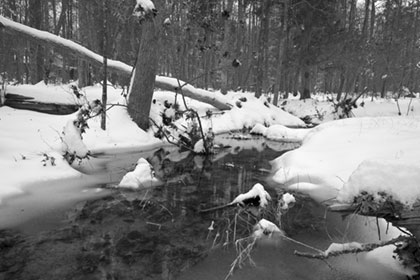 Snow in Black and White 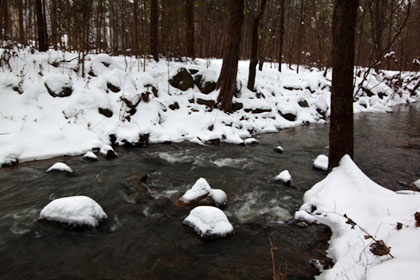 In January 2010 we had a perty good snow for us. The snow and the long duration cold weather we've had changed the creek. When you look at the snow of 2010 photo, note the ice that is forming. This is really rare for the creek. 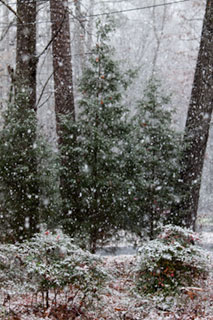 The winter of 2010 started with a snow on December 4. We never had snow this early. It stayed around for about a day and the solar powered snow plows had the roads clear. 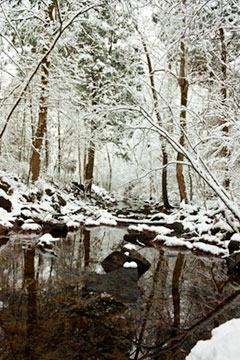 The December snows kept on coming and we had snow late Christmas 2010 (first time in a long time we've had a white Christmas in Durham). The snow stayed around a lot longer than normal. This has been a cold cold winter. We have been lucky that we've missed most of the snow and ice that other parts of the country are getting.