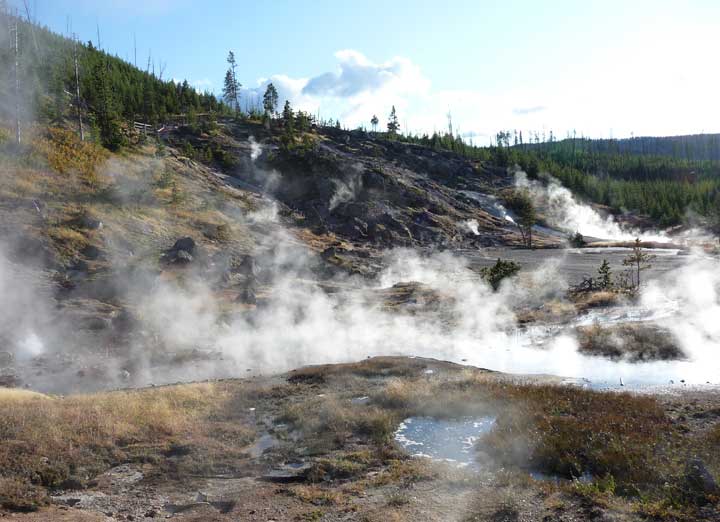 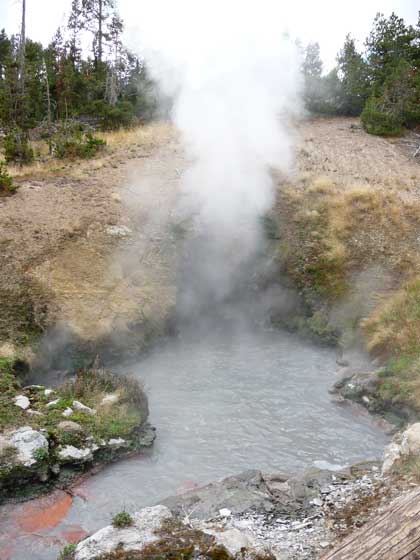 We had a little time to visit a few of the thermal features. All of the hot springs, mud pots, etc. were very low. Several of them were almost dry. 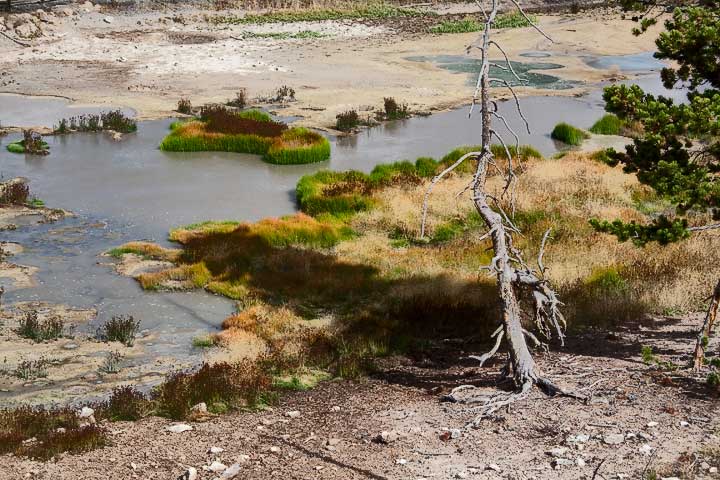 All of them were more impressive when we visited in June 1999. Off course that was in early June and the snow was just starting to melt. The rivers and streams were full of water. In 2008 we visited in early September after all the snow had melted and a relatively dry summer. So there wasn't a lot of water for the hot springs. 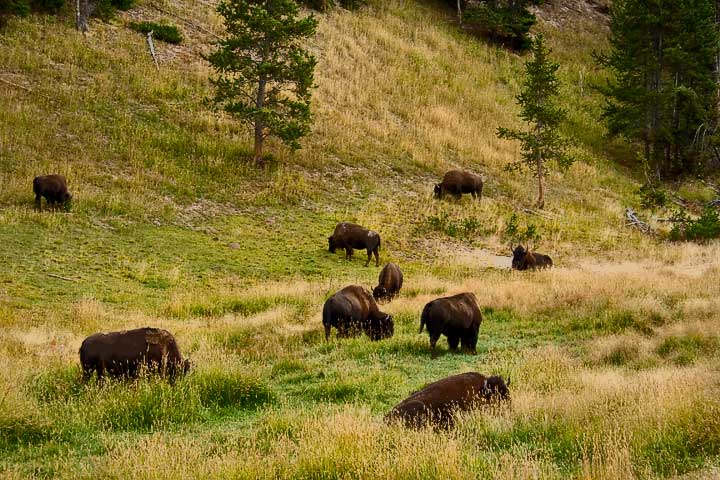 While we were walking around the hot springs, we saw a good sized herd of buffalo. They were quite close the the trail, and a ranger was directing traffic to ensure that no one got too close to the animals. There were a few people that wanted to get closer than the ranger thought safe. 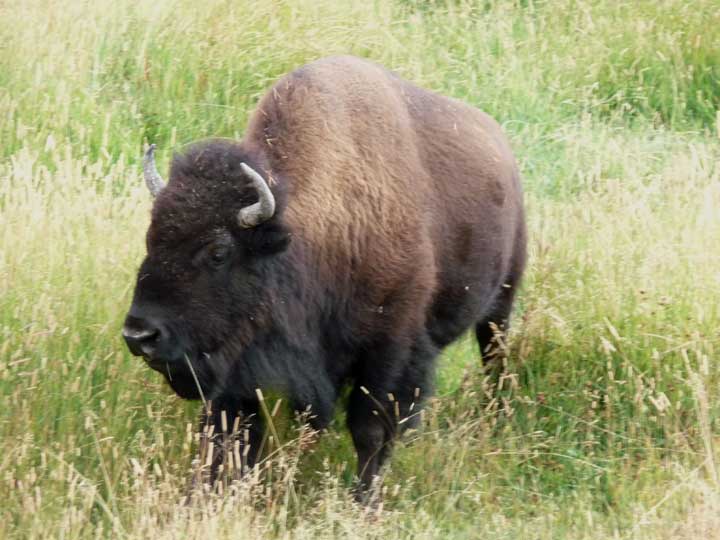